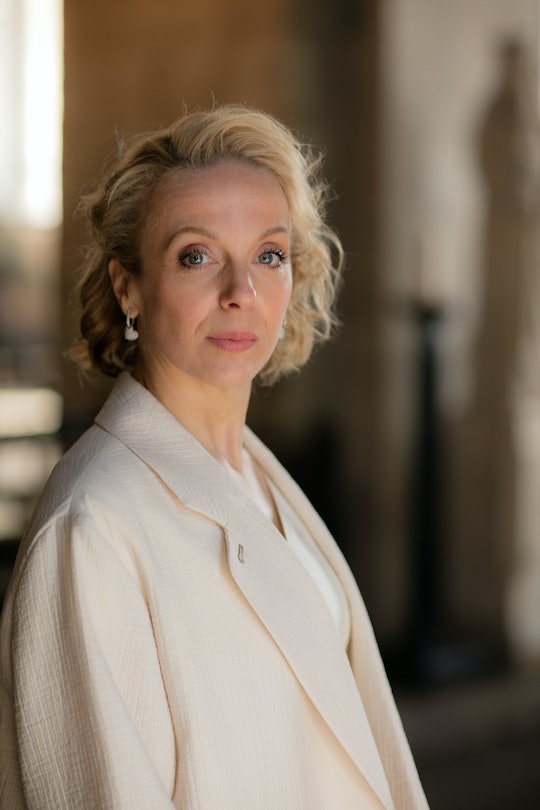 Mary Watson's Fate On 'Sherlock' May Be For Keeps

The Steven Moffat-helmed Sherlock miniseries returned for a fourth season on Jan. 1, 2017 with a pretty shocking and devastating season premiere. Baby Rosamund Watson finally arrived, although things did not stay rosy for the new family for very long. After a wild goose chase cycling through Mary Watson's many secret spy identities, she, Sherlock, and John ended up in Tehran, narrowly escaping death. But back in London, Mary ended up fatally wounded anyway after taking a bullet for Sherlock. Clues Mary Watson is dead on Sherlock abound, but, according to Moffat, the best place to search for them is in the source material itself.

The show makes it look like she really is definitely, definitively dead. She died in John's arms after having saved Sherlock's life. We see John still grieving some time later and still refusing to speak to his partner in crime-solving. But Sherlock's surprise resurrection in Season 3 has some fans skeptical of the permanence of Mary's condition. This, in spite of Moffat definitively declaring in an interview with Entertainment Weekly, "We’re not playing games. She’s dead."

There's some speculation about how in the books, Mary is presumed to have died, even though her cause of death is never revealed. Watson merely references his "sad loss." So, the show does have an angle to keep Mary alive, should it so choose. But there's an all-important reason Moffat gives for keeping the game between the detective and his sidekick:

The reality of this, of course, is that Sherlock Holmes is about Sherlock and Dr. Watson and it’s always going to come back to that — always always always. They had fun making it a trio but it doesn’t work long term. Mary was always going to go and we were always going to get back to the two blokes. That’s the format. [Sherlock writer-producer-actor] Mark Gatiss and I do not have the delusion that we know better than Sir Arthur Conan Doyle. That’s how the show works and always will. We reset to the most traditional and famous version of the format.

Sounds like a pretty convincing argument to keep Mary dead. In explaining his justification for killing her off, Moffat also pointed out that she's a trained spy who actually believes that she's more skilled that Sherlock and Watson; they, in her mind, just so happen to be "a couple of talented amateurs." As fun as it would be to subvert a 19th century detective novel by revealing its third wheel female character as smarter than the most iconic deductive reasoner of all time, that just doesn't seem to be the direction Moffat and company are going in for this particular iteration of Sherlock Holmes. So sorry to disappoint, but I'm afraid this is one character who won't be getting the resurrection treatment.