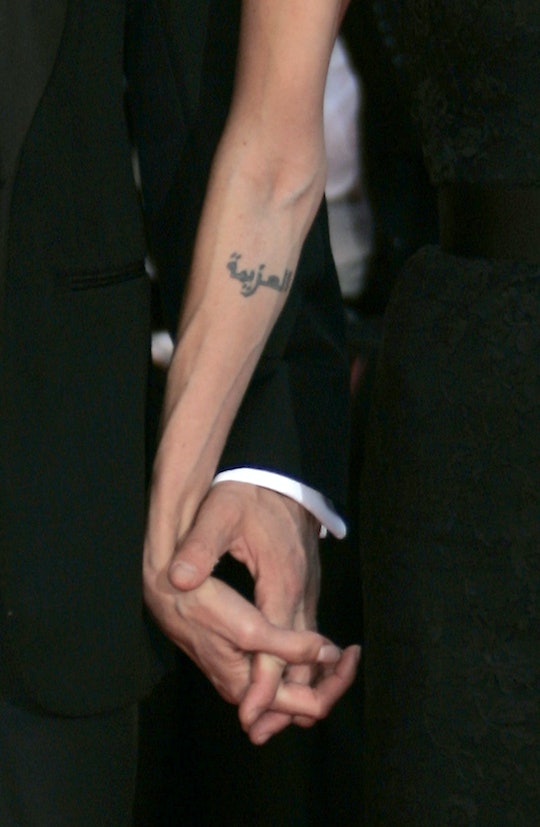 For a long while, it seemed that Brad Pitt and Angelina Jolie were inseparable. After a whirlwind romance on the heels of their first project together, a controversial magazine spread wherein the two played house and posed for glossy photos, and a highly publicized back and forth with Pitt's ex-wife, Jennifer Aniston, the couple appeared ready to weather the years together. They were in it for the long haul. The relationship was so airtight, in fact that later clues Jolie and Pitt may have been divorcing felt shallow and contrived. To the outside eye, there were no signs the couple would be parting ways anytime soon.

Then on Tuesday, TMZ broke the news: Brangelina was breaking up, and we all should have seen it coming.

"ANGELINA JOLIE FILES FOR DIVORCE FROM BRAD PITT... Allegations of Substance Abuse, Anger," the headline read. None of those claims were immediately substantiated, of course. Most of it seemed more like manufactured tabloid fodder from anonymous sources looking to gain a bit of unseen notoriety than anything else. But later reports noted more than a few troubling details that threw the otherwise pristine love story into question.

In court papers, aside from seeking physical custody of her six children, Jolie also sought custody of "miscellaneous jewelry and other personal effects," among other things. According to CNN, the filing specified that all earnings from the date of separation would be split, with "separate assets to be determined later."

Earlier this summer in July, multiple gossip outlets began publicizing divorce rumors, with at least one source, speaking to Star Magazine, claiming that Jolie was "ready to divorce" Pitt for the sake of her children.

"She’s fed up with what her life has become and wants to make a change," the alleged source claimed. According to the source, Pitt, reportedly upon hearing of his wife's concerns "flew to Los Angeles" immediately to speak with his attorneys. "He was blindsided, but he’ll meet with his lawyer to discuss his options regarding custody and protecting his earnings," the source claimed. "The divorce is bound to get ugly."

But there were other warning signs that things at the Jolie-Pitt household was rockier than it appeared. In April of this year, tabloid mag Life & Style, quoting another anonymous source, claimed that the "relationship [had] disintegrated into withering glances and stony silences." "Brad feels that their almost two-year union is unsalvageable," the source claimed. In Touch claimed that the split had been brought on by an affair on Pitt's side.

Within no time at all, Gossip Cop had claimed that its own inside source had debunked the rumor, noting that any allegations Pitt had been emotionally straying with his Allied co-star, Marion Cotillard, were false, and that the couple were still happily married. "[There's no truth" to the rumors, the outlet quoted its source as saying. (In a report this week, Us Weekly added that inside sources has reiterated that fact, noting that Cotillard "had nothing to do with" the couple's split, and that, contrary to earlier rumors, "Angelina did not hire a private eye" to investigate the alleged infidelity.)

The couple has been in and out of the spotlight for years, with infidelity rumors, divorce claims, and rocky separation talk making headlines more often than the couple was seen out together in public or on the red carpet. Claims of unhappy family life and new, fabricated feuds between the Jolie-Pitts and ex-wife Aniston frequently led the public to sigh and move past the checkout line magazine rack without a second thought.

Now, the notoriously private couple has found themselves in the public eye once again — only this time, there's truth behind the bombshell allegations.

"This decision was made for the health of the family," Jolie camp attorney Robert Offer said in a statement to Reuters on Tuesday, shining a rare spotlight. "She will not be commenting, and asks that the family be given its privacy at this time." In his own statement, Pitt issued a similar plea.

"I am very saddened by this, but what matters most now is the well being of our kids," the actor said, according to People. "I kindly ask the press to give them the space they deserve during this challenging time." Romper has reached out to both actors' rep for comment on the divorce and is awaiting a response.

Whether they planned for it or not, it seems that the divorce chatter and separation rumors have finally caught up to the high-powered, anti-Hollywood-Hollywood couple — and whatever happens next, it's almost a guarantee that the public, which has previously been dismissive of any irksome rumors, will be keeping a close eye on them going forward.