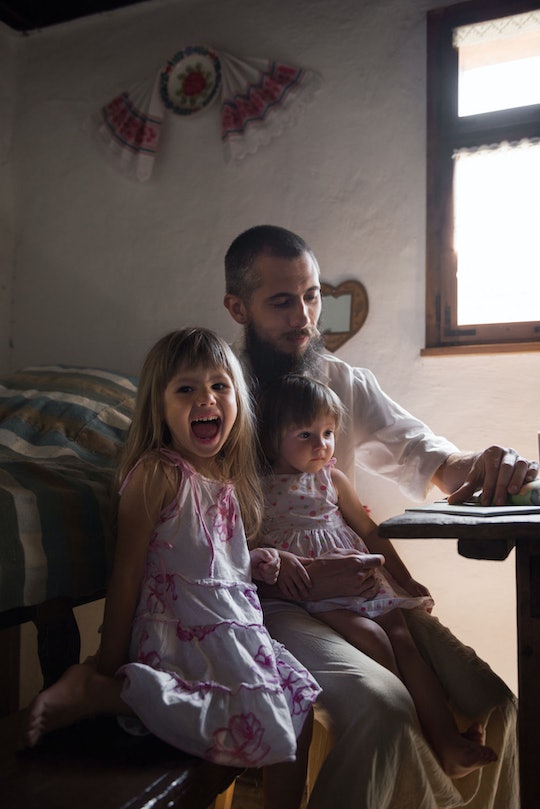 When my son was learning to walk, we would go to the lobby of our apartment building so he could explore while we waited for his father to come home from work. Many days, we would go down 15 minutes before my husband was due back, but nearly an hour later there would be no sign of him, at which point I would call, and it would turn out he was hyperfocused on a project and had forgotten to leave. Later, when it was his turn for daycare pickup, he was frequently late — to the point where the day care told us we might lose our places.

More Like This
The Nonmonogamous Moms Next Door
Is The Tooth Fairy Real?
10 Hilarious Tweets That Perfectly Capture What Moms Are Going Through
Here's What Your Kid Is Really Saying When They Tell You They Hate You

For years after we met and married, I thought my husband just didn’t have good habits around cleaning, financial management, and time management. As we added two children to our family, the issues with lack of time management, forgetting to follow through, and disorganization became acute. There were days when I felt like I was alone with the children, even if he was physically present. Mentally, he was focused on something else, like wiring home automation to change the lightbulbs to a different color when someone walked in the door, while our son ran wild and I cleaned the kitchen and bathroom and did laundry. Or he would go from project to project, leaving them half abandoned and potentially dangerous for a toddler to get into. An ADHD diagnosis made both of us realize that it wasn’t bad habits or stereotypes of men that were causing these problems — it was the ADHD.

Adult ADHD affects 4.4 percent of the U.S. population — 12.9 percent of men and 4.9 percent of women have been diagnosed, per the CDC. Most children diagnosed with ADHD have at least one parent with the disorder, although the parent may be undiagnosed. A 2016 study in Neuropsychiatric Disease and Treatment found that ADHD occurrence for mothers of children with ADHD was 41.3 percent and 51.0 percent for fathers.

A parent-child dynamic (think a lot of nagging) between partners is very common in relationships where one partner has ADHD and the non-ADHD partner does not, according to Melissa Orlov, founder of adhdmarriage.com, a website run by Orlov, who is non-ADHD married to a man with ADHD, and Dr. Ned Hallowell, whose situation is the inverse.

Before the diagnosis made us aware of ADHD symptoms, it felt like my husband was trolling me by promising to take on a few regular chores, like loading and emptying the dishwasher, and then not doing them until we ran out of dishes.

In my relationship, this dynamic can be particularly strong. Sometimes I feel like I am doing all the housework and child care, on top of working a full-time job. The culture of the homemaker and cult of motherhood have me feel like a failure for having a disorganized, dirty home and for not doing proper "mom" things with my kids, like taking them to museums or doing crafts. Meanwhile, before the diagnosis made us aware of ADHD symptoms, it felt like my husband was trolling me by promising to take on a few regular chores, like loading and emptying the dishwasher, and then not doing them until we ran out of dishes and the sink was so full we couldn’t get any water out. I would end up just doing everything after feeling guilty for nagging and cajoling him.

What can a non-ADHD parent do to support their ADHD co-parent? Orlov recommends patience and understanding that the co-parent is not forgetting promises or neglecting housework to drive the non-ADHD parent up the wall. She says that both parents have the responsibility to model for their children a good relationship — that means the ADHD parent needs to manage their own ADHD and optimize treatment, and the non-ADHD parent needs to practice patience and understanding, and manage their response to the ADHD symptoms. In our parenting relationship, this has been hard because I am not particularly patient at the best of times, and when confronted with lack of sleep and yet another (seemingly) broken promise, frustration builds.

California mom Krista Bordner, who was diagnosed with ADHD as a child and again as an adult, says that her son’s ADHD diagnosis actually helped her and her husband, who does not have ADHD, be more of a team and play to their strengths. She says she thrives on the chaos of a morning routine with three kids under 10, while he loves to clean the house and keep track of details. They visited a parenting expert to get aligned on their parenting while going through the diagnosis process with their son, which she highly recommends. But ultimately, Bordner says of being a mom with ADHD, “It’s important to be kind and gentle with ourselves. We all make mistakes; we are doing the best that we can. Go easy on yourself and try to recognize the gifts that come with ADHD.”

For me, my husband's gifts include creativity and a knack for distracting and calming fussy toddlers. As we both learn more about his diagnosis, we are better able to play our strengths, rather than being weighed down by expectations.

Following my husband's diagnosis, a few changes to our living situation have helped him to take control of some of the strongest symptoms that affect parenting. We moved into a larger home, where he can have his own space, which makes the rest of the house feel a bit more organized. His current job encourages the creative side of ADHD without being punitive about timelines or organization like some previous roles, which leads to less stress, and thus fewer symptoms. I’ve learned a ton about ADHD and what issues are caused by the symptoms, which has helped me to be more patient when he forgets something or gets distracted by what seems to me to be something totally irrelevant or low priority. Instead, I can recognize that it is not him that is forgetting to do the dishes or pick up dirty socks and trash. It's the ADHD.

Of course, we still struggle. I’m only human and don’t have a particularly deep well of patience. But ultimately, the diagnosis was an eye-opener for both of us. Surprisingly, he told me that taking on more responsibility for the kids — picking them up from day care and making them dinner since I now work later that he does — has been a helpful routine. In turn, I feel more like we are partners with the same goal, and it's easier for me to remember the person behind the symptoms.