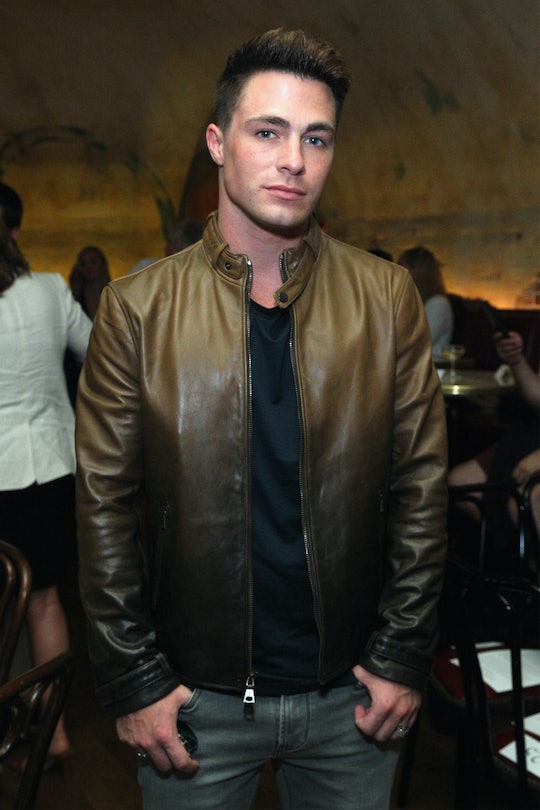 Colton Haynes On 'Scream Queens' Is Almost Unrecognizable, & The Internet Is Freaking Out

Scream Queens is known for having an amazing cast — and that doesn't stop at guest stars. On Tuesday, Colton Haynes made a cameo on Scream Queens. At least, I think it was him, but it's kind of hard to tell underneath mountains of zit-like tumors covering his angelic face. But just because Colton Haynes on Scream Queens was almost unrecognizable didn't mean the internet couldn't freak out accordingly. As his character told Chanel Number 5, he looked like he was covered in "infected bubblewrap." The general consensus among the Twitterati was why, oh why would you put Colton Haynes on the show at all if we can't even look at his perfection.

Now set in a hospital rather than a sorority house, the Chanels, Zayday, Dean Munsch, and the two hottest doctors this side of Seattle Grace, played by John Stamos and Taylor Lautner keeps getting patients with bizarre, disfiguring ailments, starting with a girl with an apparent werewolf disease (played by Cecily Strong). Werewolf-girl was cured (though she was murdered hours later). So does this mean the tragically disfigured character played by Haynes will eventually be cured also? God, I hope so. Both for my sake, and for Chanel Number 5's.

Chanel Number 5's initial plan is to get the formerly hot patient cured ASAP, so that he can be her new boyfriend. Chanel, however, advises her to let him be ugly for a while so that she can be the girl who stuck by him during the hardest time of his life and when he does get hot again he'll feel obligated to stay with her. Solid plan, Chanel.

Of course, we probably shouldn't get too attached to Bubblewrap guy just yet. He could be the next one to go. Or he could be the Green Devil himself. If I had to guess, I would say that Haynes isn't going to stay covered in tumors for very long. I at least hope that while he does last, he and Chanel Number 5 continue down their romantic path. That girl deserves it. So calm down, internet, we'll get our hottie back soon enough.