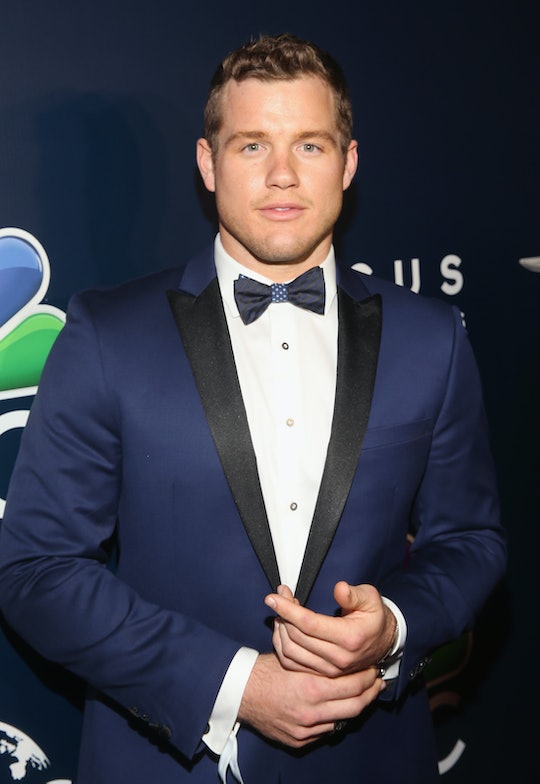 As if the drama she had to deal with on last season of The Bachelor wasn’t enough, Becca Kufrin is already entangled in an awkward love triangle in the second week of The Bachelorette. After their first group date, Colton Underwood revealed that he briefly dated Becca’s Bachelor bestie, Tia Booth, before coming on the show. But what is Colton and Tia’s relationship timeline, and is it as bad as it looks?

During the second episode, Colton decided that it was the right time to come clean about his romance with Tia, and I’m so glad that he did it early on. It would have sucked for her to completely fall for him, only to find out later that he dated one of her good friends. As the two got in some alone time on the couch, Colton revealed that he was with Tia at the beginning of the 2018 year:

"Prior coming onto this in January, I had a relationship with Tia. And I wanted to make sure to explain, sort of, that we had a weekend together, and we had a good time, but for me, the timing wasn’t right to grow what was a spark into a flame. If my feelings were strong enough, I wouldn’t have came on this. And I think that, what I know of you, we could have a ton, whereas it wasn’t there with her."

Becca, who seems already pretty smitten by Colton, didn’t seem to take the news so well. She told Colton that she felt conflicted about the situation, and felt as if it put her in a strange position. But did her friendship with Tia get awkward, too? In an interview with Entertainment Tonight, Becca confirmed that she has been having conversations about Colton with Tia, and that fans will get to see that drama unfold as the season continues. She also admitted to the outlet that she had developed a liking to Colton from the get-go, adding:

"Colton, night one, I remember thinking how big of a heart he had. What really drew me to him that first night was the fact that he had started a nonprofit [for cystic fibrosis], and that's something near and dear to my heart because two of my cousins have it. So night one, I felt like we really connected over that. And he's easy on the eyes.”

So Colton’s version of the timeline has them dating for about a week sometime in January, and according to one of his tweets, he was even checking Tia out on Arie’s season of The Bachelor. According to Life and Style, on her podcast, Raven Gates, a contestant from Nick’s season of The Bachelor and good friend to Tia, revealed that one contestant from Becca’s season was sending DM’s to Tia. Now whether the guy was Colton or someone else isn’t yet confirmed, but if he was texting Tia while filming The Bachelorette, that would be pretty shady.

In an interview with Access Live’s Kit Hoover and Natalie Morales, former Bachelor contestant, Ashley Iaconetti, noted that the timing and duration of Colton and Tia’s relationship was irksome. She noted that back in January 2018, Tia looked like she would be the frontrunner for becoming the next Bachelorette, so Colton’s reason for hooking up with her at that time seemed fishy. Ashley added:

"January tends to be the time where casting limits the guys down to about 50, 25. You really get that final call early February. So when he tells Becca that the timing with Tia wasn’t right, it’s like yeah, the timing wasn’t right because you preferred to be on the show dating the Bachelorette (rather) than a runner up.”

However, the fact that he came clean to Becca so quickly shows that he harbors some degree of dignity and honesty, so I’m still rooting for him to stick around. Plus, the fact that there isn’t much time between filming seasons would back up Colton’s version of a very brief romance. So far, on its face, it doesn’t look like Colton and Tia’s relationship is much to talk about, and unless the producers plan on dropping a storyline shocker, I can’t see their handful of dates making a difference in the long run.

Despite finding out about Colton and Tia, Becca opted to keep Colton around for another week anyway, so who knows what the future holds for the two. In the end, even if Becca chooses someone else, I’m sure Colton is going to be sticking around Bachelor Nation for a while. Who knows, he may even end up as the next Bachelor!