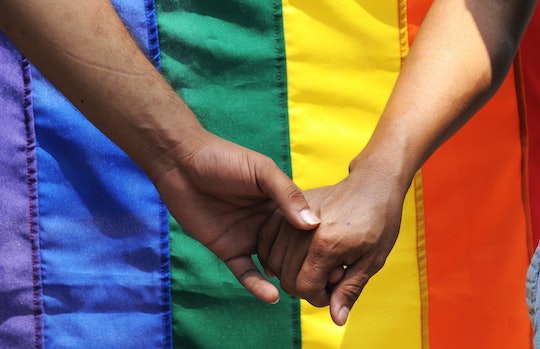 "Conversion Therapy Needs To End," AMA States In Vow To Advocate For Bans

The American Medical Association (AMA) has recently adopted a new policy regarding conversion therapy, the controversial practice of attempting to change someone's sexual orientation or gender identity. In a statement announcing its new policy to advocate for state and federal legislation banning the practice, the AMA declared that conversion therapy "needs to end."

"It is clear to the AMA that the conversion therapy needs to end in the United States given the risk of deliberate harm to LGBTQ people," AMA Board Member William E. Kobler, M.D. said in a statement released Tuesday by the association. "Conversion therapy has no foundation as scientifically valid medical care and lacks credible evidence to support its efficacy or safety."

According to the AMA, more needs to be done to effectively outlaw the practice of conversion therapy across the country. While 18 states and Washington, D.C. have implemented laws barring conversion therapy from being carried out on people younger than 18, no state has banned the practice from being used on adults. "The AMA agrees with medical experts that the lack of regulation on conversion therapy opens the door to fraud, harm and trauma for many adults and children in the U.S.," a statement from the association read.

The AMA has previously spoken out against conversion therapy, noting that it "often includes unethical techniques" which "may increase suicidal behaviors and cause significant psychological distress, anxiety, lowered self-esteem, internalized homophobia, self-blame, intrusive imagery and sexual dysfunction." Additionally, the association has said that the assumptions used to justify use of the practice — namely, that sexual orientation and gender identity can somehow be wrong and corrected — are "not based on medical or scientific evidence."