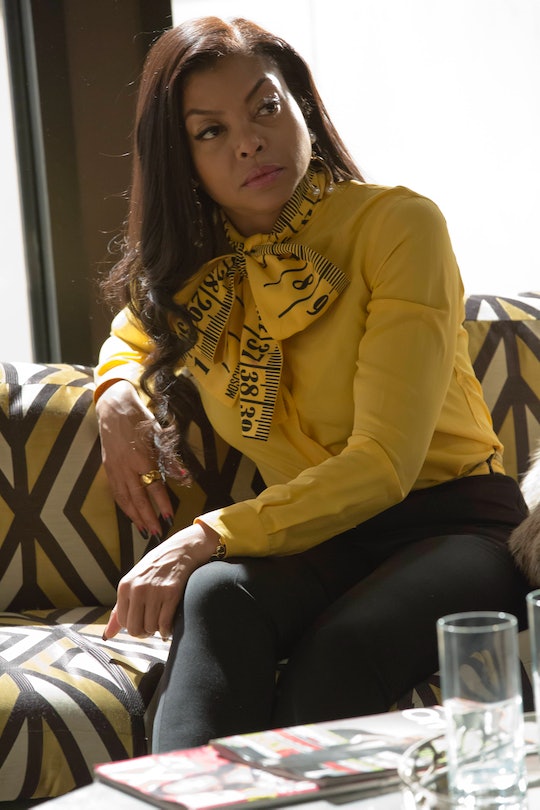 Cookie Reveals Her Miscarriage On 'Empire,' & It's An Important Story To Be Told

It was obvious from Empire's pilot episode that Cookie was tough, but in the show's mid-season premiere we learned just how much adversity she's had to overcome. After the loss of Rhonda and Andre's baby, Cookie poured her heart out to her eldest son about her own experience with losing a child. While Cookie's powerful message about her miscarriage on Empire was intended to encourage Andre as he copes with his loss, it may have also resonated with viewers who have dealt with a miscarriage in their own lives.

Cookie revealed to Andre that before she had any of her sons, she became pregnant with a girl. The thought of a mini-Cookie would make even Lucious an overjoyed father-to-be, so naturally Lucious and Cookie were devastated by Cookie's miscarriage. "I thought it was the end of the world," she told Andre with heartbreaking sincerity. As devastating as the experience was for the couple, it wasn't the end of their story. They went on to have have Andre, Jamal, and Hakeem, so there may still hope for Andre and Rhonda's dream of having a family together.

One of the most appealing aspects of Empire is how it balances explosive drama with smaller, more personal moments. The scene between Cookie and Andre was so moving because it felt so much like a confession a mother would really make to her grieving son. Miscarriage isn't talked about often or openly enough, and it can be a source of intense grief for women who experience it. The fact that a show as widely viewed as Empire is exploring the emotional repercussions of miscarriage so openly will hopefully allow viewers who have gone through a similar ordeal themselves to relate to the characters, and see their stories shared.

If Cookie meant to imply that Rhonda might be able to have children after she heals from her miscarriage, then this could also be a subtle hint from Empire's writers that Rhonda may become pregnant with another heir later in the season. If the twisted efforts of whoever pushed Rhonda down the stairs are eventually undone, it's possible that the assailant will make another violent attempt to keep Rhonda and Andre from taking over the company.