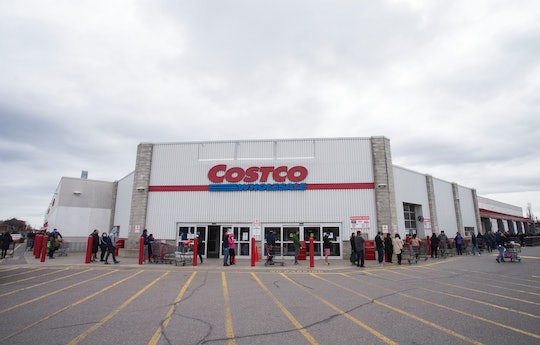 In an effort to help those who are fighting the coronavirus outbreak head-on, Costco is letting first responders and healthcare workers skip the line. On Wednesday, the big box retailer announced in a Facebook post that stores would give these everyday heroes priority access during operating hours starting this week, allowing them to pay for what they need without having to wait in potentially long lines outside.

"U.S. and Canada Costco locations are temporarily allowing priority warehouse access during all open hours to healthcare workers and first responders, such as police officers, EMTs and firefighters," Costco wrote on Facebook. "Healthcare workers and first responders who present a Costco membership card and official identification of their role, will be given priority access."

People who follow Costco on Facebook are praising the store for this decision. "Thank you for doing something positive for those risking their own well being for the benefit of others," one person commented. "The majority of your members are very appreciative for recognizing these wonderful people!"

"The reason why first responders and medical [workers] are getting priority access, even over other essential workers is because they work very long shifts, often 12 hours or longer every day," another commenter chimed in. "This makes it just about impossible to do any shopping."

This is only one of many efforts Costco has made in response to the coronavirus pandemic. In addition to giving first responders priority access, there are now limits on how many people can enter the store on one membership card and new hours have been implemented to ensure the health and safety of Costco employees and customers. Additionally, Costco stores now have special shopping hours for members who are 60 and older.

"As many of you have noticed, we've experienced a surge in business during this time," Costco President and CEO Craig Jelinek wrote in a statement on Costco's website. "As a result, we've taken the steps to control the number of members in our warehouses and asked that members and employees practice social distancing."

These efforts have resulted in long lines, some of which wrap around the building. At one Costco in Southern California, shoppers have started lining up before the sun rises, according to the Los Angeles Times. And Costco shoppers in Greensboro, North Carolina, have waited more than an hour in line outside, according to the News & Record.

Although Costco wrote on Facebook that this policy is only temporary, it is a small way to say "thank you" to the people who are on the front lines saving lives during these trying times.