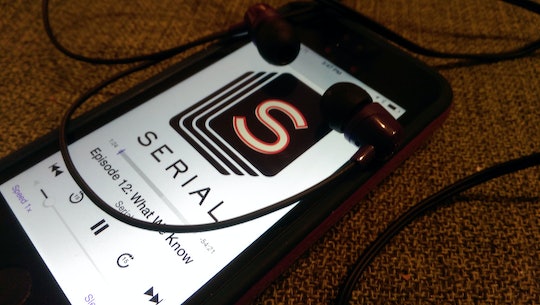 Could Adnan Syed Be Released From Prison? New Developments In His Case Could Work In His Favor

It turns out that Serial's investigation of a 1999 murder may actually lead to real life legal repercussions for those involved in the crime. BuzzFeed News' Mike Hayes on Thursday reported that post-conviction proceedings for Adnan Syed, the main subject of Serial season one, are scheduled for early February, So could Adnan Syed be released from prison? At this point, it seems anything could happen.

The first season of the runaway successful podcast Serial reinvented true crime storytelling. Host Sarah Koenig conducted an in-depth investigation of the murder of Hae Min Lee, a high school student whose ex-boyfriend is currently serving time for her murder. Koenig suggested that perhaps the case wasn't as cut-and-dry as it was made out to be, and after sorting through details and conducting interviews, Koenig convinced some fans that Syed may have actually been what he claimed he was: innocent.

Syed's lawyers successfully filed a motion to re-open post-conviction proceedings this week. The Brown & Nieto Law Firm posted their petition online when the motion was granted, saying that they planed "to introduce evidence related to the alibi and the cell tower issue." A Maryland Courts media advisory indicated also that the post-conviction proceedings for State of Maryland vs. Adnan Syed would take place Feb. 3-5, 2016, beginning at 9:30 a.m. ET each day.

For Syed, the proceedings may be life-changing. Judge Martin P. Welch will learn more about whether data from a cell tower accurately pinpointed Syed's location at the time of Lee's murder, according to Newsweek. Another critical development that will be considered is an alibi claim from Asia McClain who will take the stand for Syed (something that Syed's case critically lacked in the first trial). McClain allegedly claimed to have spent time with Syed in the library on the afternoon of Lee's death, according to The Wall Street Journal. She did not testify in the first trial but said that she was reached by Syed's defense team in 2010.

"I was under the impression that there was a tremendous amount of evidence that convicted Adnan and that for whatever reason, his team was reaching out to me as a Hail Mary, so to speak," McClain told the news outlet. "I really didn’t realize how, I guess you could say how weak the state’s case was, the information, the evidence that they had and the testimony that they had."

McClain went to high school with Syed and Lee, according to a second affidavit from McClain published online by PBS News Hour. She claimed that after an early dismissal from school, she went to Woodlawn Public Library to wait for her boyfriend, explaining that she had connected with Syed in the library at about 2:15 p.m. and that they'd had a conversation:

We talked about his ex-girlfriend Hae Min Lee and he seemed extremely calm and caring. He explained that he wanted her to be happy and that he had no ill will towards her.

Together with the information about the cell tower accuracy, McClain's alibi for Syed could work in Syed's favor. It's not a sure thing, of course (media site The Blaze pointed out that prosecutors had reportedly placed Lee's time of death prior t0 2:36 p.m.). But if Serial's first season is any indication, this complex case might just continue to surprise.