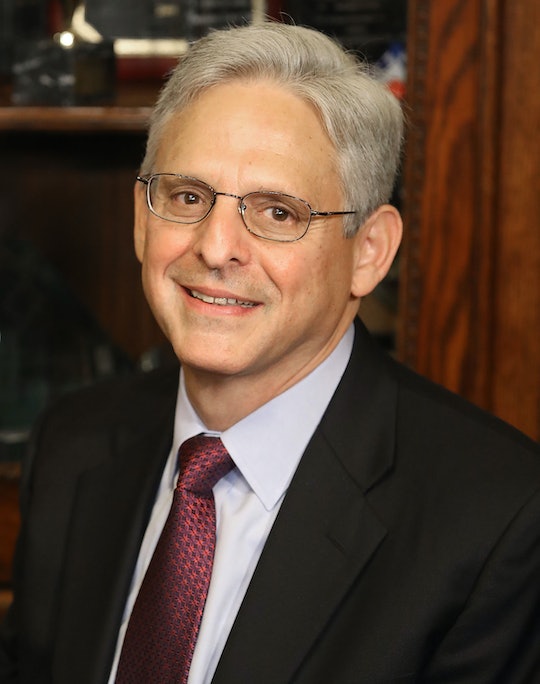 Does Merrick Garland Still Have A Chance?

On Tuesday night, President Trump announced his pick to fill the nearly year-long vacant seat on the Supreme Court. As Trump promised on the campaign trail, he appointed a conservative judge: Neil Gorsuch. Many in Washington are already protesting the choice, in part because they believe that Obama's pick should be honored. Could Merrick Garland still be appointed? Congress refused to give Obama's SCOTUS pick a hearing.

After the death of Anthony Scalia last February, the race to fill the vacant seat on the Supreme Court began. Because the vacancy came during an election year, there was some disagreement as to whether then-President Obama should make the appointment, or if it should be the choice of the incoming president. Obama nominated Merrick Garland for the seat shortly after Scalia's death, but Senate Republicans refused to give him a hearing. Their refusal actually lasted the entire year, which meant that Garland's nomination expired. The Senate effectively denied Obama the chance to make the nomination, which ensured that the incoming president would be the one to fill the seat.

It wasn't surprising that Republicans blocked the choice: Garland, a Democrat, would have tipped the judicial scale on the Supreme Court to the liberal side for the first time in a long time. As it stood after Scalia's death, the justices were split 4-4 in party loyalty. That meant that the next appointed justice would effectively shift the court to the more liberal or conservative side.

A new Supreme Court justice has to jump through some pretty intense political hoops before they're confirmed, and they can be blocked at several points along the way. But since the vacancy has lasted almost a year and is headed toward breaking the record for the longest unfilled seat, the pressure is on to get someone confirmed. Obviously, Senate Republicans are more enthusiastic about Trump's nominee – but as to be expected, Democrats are not, and will likely do to Gorsuch what Republicans did to Garland.

In fact, they may take it even a step further. The buzzword here is "filibuster"; the rules of the Senate are a little hard to understand, but the big thing to know right now is that they have the ability to "block" a SCOTUS nominee through Senate minority votes. If the Democrats do this, it will only be the second time in history that it's happened. The Democrats need 41 votes to block Trump's nomination.

The filibuster is actually more about Democrats wanting to call Senate Republicans out for their refusal to even give Garland a hearing. Democrats have pointed out that this is basically unconstitutional, and that before any nomination of Trump's is considered (let alone confirmed), the Senate must give a hearing to Garland. Others have suggested that the seat should remain open until another one opens up, at which time Garland and Trump's nomination would both be given hearings and likely confirmed. This would ideally prevent the court from swinging too far in either political party's direction.

Since Supreme Court justices serve for life, and many who are on the court now are older than Scalia was when he died suddenly last year, it's not impossible that Trump will have another seat to fill in the next four years. Given their commitment, it's also possible that Senate Democrats and Republicans would be able to keep up their blockade of each other for a few more years anyway. Only time will tell, but in any case, the situation — like many over the last couple of weeks — is likely to make history books.