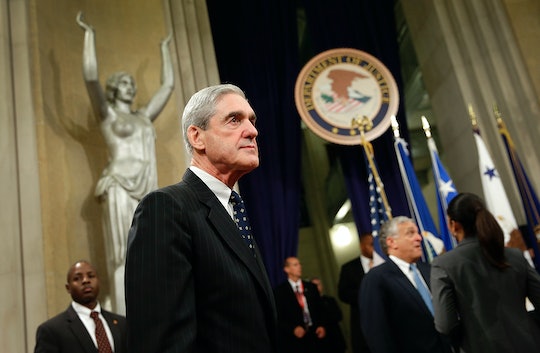 On Thursday, North Carolina Sen. Thom Tillis and Delaware Sen. Chris Coons expressed interest in creating a bill to prevent President Donald Trump from possibly firing special counsel Robert Mueller, according to CNN. The bill, titled "The Special Counsel Integrity Act," would give Mueller or any special counsel the chance to fight their firing in court, and would shut down the possibility that Trump could fire Robert Mueller. Trump's potential inability to fire Mueller is crucial given the importance of Mueller's investigation into Russia's interference in the U.S. election.

Ever since Mueller was appointed as special counsel in May, there have been rumblings about Trump's intent to fire Mueller, according to Vox. Considering Trump abruptly fired former FBI Director James Comey in May, and also had Anthony Scaramucci fired after only 10 days on the job, it's reasonable to suspect he'd consider sacking Mueller too, especially since many have alleged that Trump doesn't want the U.S. government to investigate Russia's interference in the 2016 election, an allegation which has been proven by numerous intelligence officials, according to The New York Times.

To stop this troublesome scenario from happening, Tillis' and Coons' bill would disallow Trump from firing any special counsel directly, according to CNN. The bill would make it so the acting attorney general would make the ultimate decision to fire Mueller, according to Politico. Since Attorney General Jeff Sessions recused himself from the Russia investigation, Deputy Attorney General Rod Rosenstein would be the one to make any final decision about Mueller. Furthermore, Mueller would be able to challenge his firing and go before a three-judge panel within 14 days of his termination if the bill passes.

Tillis explained, according to CNN:

At this juncture, it appears there's no reason to fire Mueller from his position. The Justice Department currently states that the special counsel can only be fired for "misconduct, dereliction of duty, incapacity, conflict of interest, or other good cause, like a violation of departmental policies," according to The Hill. In short, Trump would have to present a strong case that Mueller violated one of these conditions to warrant his firing. If The Special Counsel Integrity Act gets approved, it would further cement the Justice Department's existing stipulations.

Coons said of the bill, according to CBS News:

Ensuring that the special counsel cannot be removed improperly is critical to the integrity of his investigation.

Aside from the bipartisan bill, Trump really has no legal legs to stand on when it comes to potentially firing Mueller. Bill or no bill, Rosenstein is the only one who is legally allowed to fire or discipline Mueller, according to Fact Check. Although Trump could theoretically pressure Rosenstein to fire Mueller, Rosenstein would still have to present just cause for Mueller's termination. If Trump fires Rosenstein for not firing Mueller, Trump would put himself in a legally vulnerable position. Considering Trump often does things that aren't in his best interest, the possibility of Trump firing Rosenstein isn't so incredulous.

If the Special Counsel Integrity Act passes, it will send an important and necessary message to Trump about his reach of power. At this point, America's democratic integrity rests on legislation like Tillis' and Coons' bill.