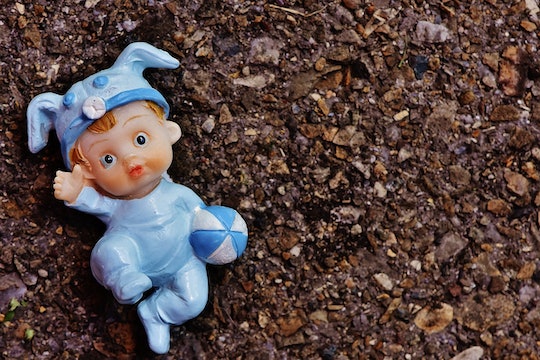 Couple Adopts 2 Boys Off The Street, & Shows Everyone How To Take A Leap of Faith

Pastor Ronnie and Krystal Stewart run the Refugee Church, which is committed to serving the homeless in Pasco County, Florida. So when a family who had been coming to the church's soup kitchen were in dire need of help, they just did what came naturally. Eventually, the story goes like this: the couple adopted two boys he found in the trash, and it shows miracles can happen when you take a leap of faith.

The parents of the boys had been camping out under the awning of the church with their two small children, who were 2 years old and 7 months old, according to Little Things. They spent their days wallowing in trash and in desperate circumstances, and one evening as storm clouds started to roll in, Krystal decided to try and help. She asked the parents if she could take the boys home for the night and give them a good bath, a warm dinner, and safe bed for the night.

Krystal Stewart wrote, according to the Stewart family's Go Fund Me Page.

Without hesitation they put an old, blue polo shirt they had gotten from the church on the toddler and handed me the baby in the car seat. I asked the parents the babies names as we drove away not realizing I didn’t even know what to call them. Within 5 minutes of driving down the road, the rain began to fall and I couldn’t help but stare in my rear view mirror amazed and overwhelmed that God provided a refuge for these boys, and chose to use my home to do so.

The next Sunday, after church, the boys' parents approached the Stewarts in the parking lot with their social worker to ask if the Stewarts would take the boys permanently to keep them out of foster care. Five months later, the boys are being adopted by the Stewarts, adding them to the the three kids they already have.

Making the story even more miraculous, Krystal explained that just before bringing the boys home she had been faced with the fact that she wouldn't be able to have any more children. Then the unexpected happened.

"We cannot deny God's sense of humor; my husband laughs as he remembers the conversation that we had the day before we met the boys," she wrote on the GoFundMe page. "I was 6 weeks post-op from a total hysterectomy after battling an early cancer diagnosis and sadly said, 'Well, no more kids for us!'"

And just like that her family grew when she least expected it. Krystal said she wants to share her story to "inspire others to also take the generous leaps of faith when your moment arises."

I'd say she and her family are doing a pretty great job.

More Like This
Is It Just Us, Or Is Everyone Getting The Flu Right Now?
14 More Amazing Shows Like Workin' Moms To Watch That Also Get Real About Motherhood
13 Moving Photos Of Kids, Families, & More Protesting Abortion Rights Across The Country
Bridgerton Season 3 Will Focus On Fan Favorites Penelope & Colin