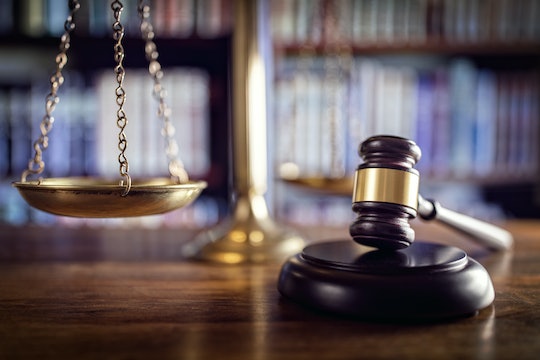 Another State TRAP Law Has Been Upheld, Decreasing Access To Safe Abortion

Anyone claiming that Judge Brett Kavanaugh's appointment to the Supreme Court could put Roe v. Wade in jeopardy better shut up and take a seat, because a federal appeals court just ruled to uphold Louisiana's anti-choice TRAP law, which is nearly identical to the one that effectively shut down 80 percent of Texas abortion facilities. That means that the state's last hope could soon be in Kavanaugh's hands, and if he allows the law to stand, it opens the the door for anti-choice legislators in other states to follow suit.

The Louisiana law, according to Reuters, requires all doctors providing abortion services to have admitting privileges at a hospital within 30 miles of their clinic, supposedly for the sake of protecting women from medical complications following their care. First of all, complications from abortions are incredibly rare; a 2015 study published in the journal Obstetrics & Gynecology found that the overall abortion complication rate was only 2.1 percent, and only 0.23 percent of abortions led to major complications. For perspective, the authors told Time, 7 percent of wisdom tooth extractions lead to complications, and tonsillectomies are at 9 percent. All three are considered safe medical procedures, but one is far safer than the others.

To put it another way: the complication rate for ear piercing is 35 percent, according to the American Journal of Otolaryngology, and I became legally qualified to perform that procedure after undergoing a 5-minute training session at the mall when I was 19 years old. I did not have admitting privileges at a hospital, nor did I need to, because had I screwed up and accidentally ripped someone's face off with the piercing gun, literally anyone in the mall could have driven them to the hospital, or called 911.

Just because I started the whole thing doesn't mean I'm the only one who can see it through. Hell, why would they even want me to treat them, if I'm potentially at fault in the first place? Likewise, if a Louisiana patient did have a complication stemming from her abortion, any qualified medical professional at the hospital of her choice would be perfectly capable of treating her; it's not as if her uterus becomes password-protected once she gets an abortion.

In 2013, there were 40 licensed abortion facilities in Texas. Once that state's TRAP law (Targeted Regulation of Abortion Providers; read up on them if you don't know) went into effect, the number quickly dwindled to just eight. As a direct result, the number of women forced to drive over 150 miles for an abortion increased by 350 percent, a fact that the 5th Circuit Court of Appeals in New Orleans acknowledged in its 2-1 ruling to uphold the Louisiana law. But, the court stated in its opinion, Louisiana's law "does not impose a substantial burden on a large fraction of women," like the Texas one did. The court estimated that only 30 percent of Louisiana women would be affected. "Only," ha. However, the Associated Press reported that opponents of the law argue that the real number is closer to 70 percent.

The dissenting judge, Patrick Higginbotham, said that his colleagues failed to consider "undue burden" as it was defined by the Supreme Court. "I fail to see how a statute with no medical benefit that is likely to restrict access to abortion can be considered anything but 'undue,'" he wrote in his dissent, per the AP. The concept was first defined by the Supreme Court in 1992's Planned Parenthood v. Casey as such: "a state regulation [that] has the purpose or effect of placing a substantial obstacle in the path of a woman seeking an abortion of a nonviable fetus."

When applying the undue burden standard to the Texas TRAP law in 2016's Whole Woman's Health v. Hellerstedt, the Supreme Court ruled that there was "no significant health-related problem" that would be improved by requiring admitting privileges for doctors, and the resulting loss of access to abortion providers led to increased crowding, waiting times, and driving distances for women seeking care. All of these, "when viewed in light of the virtual absence of any health benefit," Justice Stephen Breyer wrote, absolutely meet the criteria for an undue burden, and that's unconstitutional. At least for now.