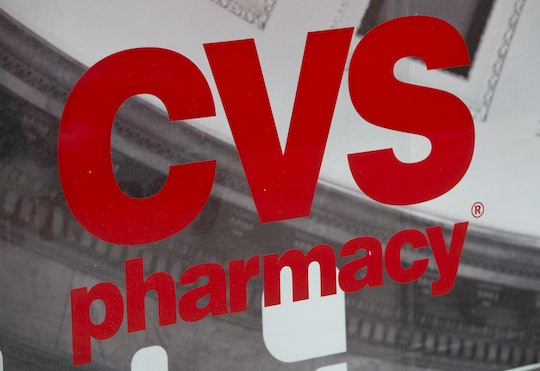 CVS Will Sell A Generic EpiPen For Cheaper

In what may be the first truly good news of 2017, CVS will sell a generic EpiPen alternative for far less than the brand name version, which cost more than $600, or EpiPen manufacturer Mylan's generic, which retails at about $300, according to an announcement by CVS Health Thursday. According to USA Today, CVS will charge $109.99 for a two-pack of the generic version of Adrenaclick, made by Impax Laboratories. CVS President Helena Foulkes said most customers will qualify for a $100 manufacturer's coupon, bringing the actual price down to $9.99.

Pharmaceutical manufacturers and pharmacy benefit managers have long pointed the finger at each other for soaring drug costs, and the paper characterizes CVS' announcement as an "unusually public attack" on Mylan. Mylan provided the following statement to Romper:

Today's news from CVS affirms what we have said for some time - that the epinephrine auto-injector market is competitive, and our launch of an authorized generic at half the wholesale acquisition cost of the branded EpiPen® Auto-Injector has further enhanced competition and access for patients.

Mylan came under fire in the summer of 2016 after raising the price of a two-pack of EpiPens to about $609. Patients are advised to carry two pens at all times, as a second dose is sometimes needed. The pens expire after one year, and the rising costs became insurmountable for many patients. The New York Times reported that a two-pack of EpiPens cost less than $100 in 2007, when Mylan acquired the rights to sell the product. In the wake of the uproar, the company was investigated by both the U.S. Department of Justice and the U.S. Securities and Exchange Commission. On Aug. 25, 2016, Mylan announced it would take "immediate action to further enhance access to EpiPen" by offering a $300 savings card to uninsured patients and increasing eligibility for its patient assistance program. In December, Mylan launched its own generic.

The move by CVS could also be in response to increased competition from other pharmacies and mail-order medication suppliers. In November, CVS was projected to lose more than 40 million prescriptions, mostly to Walgreen's, due to large deals the latter had signed with health benefit managers Prime Therapeutics and Tricare, according to Forbes. Some health benefit plans now exclude coverage at CVS entirely, but offering a low-cost alternative to the life-saving allergy treatment could potentially draw in more uninsured customers and partially mitigate the loss.

The EpiPen delivers only about $1 worth of epinephrine, and engineers have estimated that the entire manufacturing cost of the auto-injector device could be as little as $8, while industry professionals peg the cost at closer to $30. According to CBS News, a vial of epinephrine costs about $5, and a traditional syringe about $15. However, auto-injectors can nearly eliminate the risk of human error, as patients don't need to worry about drawing the correct dosage or injecting the medication at the proper depth and angle. For many, auto-injectors are the best option, and starting Thursday, they'll finally be a more affordable one.