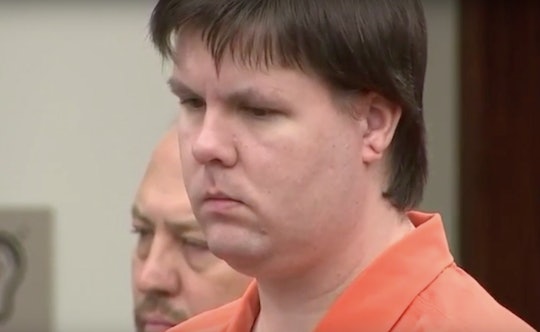 Dad Sentenced To Life In Prison After Leaving His Son In A Hot Car, Ending The Tragic Case

It seems almost unthinkable that a child could be left to die unattended in a hot car, and yet every year, nearly 40 children die of heat stroke in hot cars, according to the National Highway Traffic Safety Administration. For 36-year-old Justin Ross Harris, the unthinkable became a horrifying reality when he found his son Cooper dead after Harris had left the 22-month-old in his SUV, strapped in his car seat for seven hours in June 2014. Even more shocking is that, in November, Harris was found guilty of malice murder: Georgia's equivalent of a first-degree murder charge. Specifically, Harris was found guilty to have "unlawfully and with malice aforethought cause the death of Cooper Harris." On Monday, the young dad was sentenced to life in prison after leaving his son in a hot car.

The tragedy of the case cannot be denied, for everyone involved. What's made this case so particularly shocking is that prosecutors alleged that Harris had intentionally left his son to die on June 18, 2014, outside of Atlanta, Georgia. (Harris's lawyer did not immediately return Romper's request for comment.) Engineer David Brani testified in court that the temperature inside of Harris's car at the time of Cooper's death was likely 125 degrees Fahrenheit; a former medical examiner also testified that Cooper's death would have been slow and extremely painful.

As the case has unfolded since 2014, more details about what happened on the day of Cooper's death have revealed that it could have been more than parental forgetfulness that led to the tragic death of the blonde-haired toddler with big brown eyes. Harris strapped Cooper into his rear-facing car seat on the morning of June 18, and then drove to Chick-fil-A. He then drove to Home Depot headquarters in Marietta, Georgia, where he worked. Normally, Harris would drop off Cooper at daycare before arriving to work, but instead left Cooper in the car. Even at approximately 12:45 p.m., Harris did not notice his son in his car seat when he went to get something from his car. It wasn't until he drove to a local movie theater that he noticed Cooper was still in his seat, having been left in the hot car for almost seven hours.

But as the case continued in court, the motive shifted from accidental death to something more intentional, as it was revealed Harris was sending sexual text messages to as many as six women on the day that Cooper died, according to the prosecution. Additionally, investigators determined that Harris could see Cooper still in his car seat from where he sat in his office. During closing arguments, prosecutor Chuck Boring said, “It’s not a case of an adult hating his child. It’s just that he loved himself and his other obsessions more than that little boy.”

While Harris received life in prison with no chance of parole — along with an additional 32 years for other charges related to the case — some believe that justice has been served. But ultimately, there is no justice that will bring back Cooper.