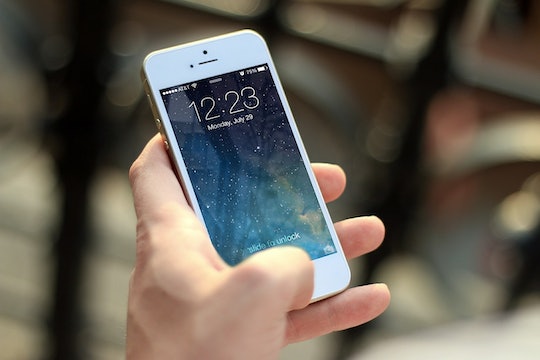 Dad Texts His Wife After Their Son Vomits In The Car, & The Exchange Is Hilarious

Ah, parenthood is an amazing thing. Birth is beautiful, life is beautiful, and nothing can compare to the joy you feel the first time you hold your babe. But make no mistake: raising kids is tough. It is a hard job, it is an ugly job, and it is a dirty job. (So, so dirty.) The good news is that even the hardest and most grotesque moments can be hilarious, at least in hindsight. Unfortunately hindsight couldn’t come quick enough for one father, and he couldn’t laugh until after he cried... well, cried and barfed. But when Ben Patterson text his wife after their son vomited in the family car — and then posted the conversation on Facebook — parents everywhere were laughing, not at him, but with him. Because almost all parents have been there.

(OK, OK. Maybe I haven’t dry heaved on the side of the road — or puked on a neighbor’s lawn — but I have been covered in my own daughter’s vomit, and I have cleaned the most vile and disgusting of things.)

Update: Patterson told Romper that, despite what other sources have reported, he actually had no contact with police officers and officers did not give him a breathalyzer. He told Romper:

I just wanted to clarify that while the rest of the story is true, the part about the police coming and the breathalyzer was just something I added for dramatic effect for my wife in the moment. Now that the story has blown up, I wouldn’t want anyone to think badly of the Burlingame PD because I was joking! The truth counts. I actually went down to Burlingame PD and chatted with them and we had a good laugh about things. The 'barf heard round the world’ was bad, but it didn’t include a breathalyzer!

Last week, Patterson met up with his wife, Stephanie, after work. According to Patterson’s Facebook page, he and Stephanie swapped cars, so he could head home with their kids while she went out with some friends. However, sometime before arriving home, Patterson’s son, Declan, got sick, throwing up all over himself and his car seat. Instead of cleaning it, Patterson handled the situation as most parents would: he took a pic and texted his spouse. And while his initial messages seemed innocuous enough — Patterson was asking Stephanie for advice, a phone call, and, well, empathy — both Patterson’s stomach and the situation quickly took a turn for the worse:

So this just happened

I just threw up trying to clean him up

It smells SO BAD

Patterson waited for a response from Stephanie, but since his phone remained silent and his texts remained unanswered, he continued:

I’m standing on the side of the road dry heaving, I can’t even be in the car it’s so awful

I seriously don’t know what to do, I’m barfing every time I try to clean him up

And that’s when things went from bad to worse — or hilarious, depending on how you look at it:

This is so bad

Aaaaand now the cops showed up

YOU OWE ME SO BIG

Patterson continued to text Stephanie, but the conversation remained one-sided. The good news was Patterson passed his breathalyzer, so he was allowed to go, and his wife didn't have to come bail him out of jail. The bad news? Declan was still vomiting, and Patterson still had to drive home:

Aw, I feel for you, Ben. I really do, and I just want to give you a hug. But only after you shower...and change your shirt.