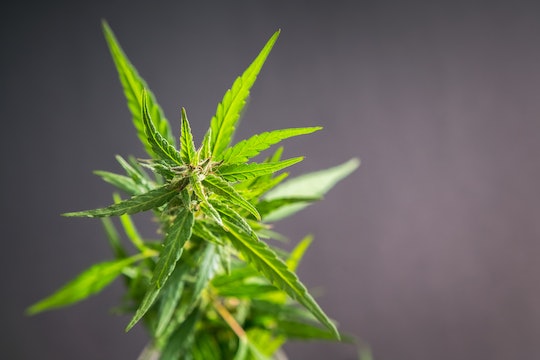 More pregnant people are using marijuana, a study from October revealed, leading researchers to further investigate how cannabis could possibly affect fetuses. New research from the University of Nevada, Las Vegas has provided some insight into this question, suggesting daily marijuana use during pregnancy is linked to adverse fetal outcomes.

Analyzing sonogram data from nearly 450 pregnant women who use marijuana daily, physicians found that regular cannabis use can possibly lead to fetal risks like low birth weight, hypoglycemia, and low Apgar scores, as published in the latest issue of Journal of Maternal-Fetal and Neonatal Medicine. In more severe cases, delayed growth and stillbirth can potentially occur.

Additionally, daily marijuana use can cause placental vascular resistance, which can “disrupt the necessary flow of oxygen rich blood through the placenta,” a press release shared to the University of Nevada, Las Vegas' website states.

"Recent data ... indicates that marijuana use in pregnancy has doubled over the last 15 years and what's more alarming is that 70% of women believe there is minimal or no harm from using marijuana in pregnancy," Dr. Bobby Brar, UNLV School of Medicine resident physician and a lead author of the study, said about the findings, according to Las Vegas' KVVU-TV.

Researchers believe "exposure to chemical compounds called polycyclic aromatic hydrocarbons, which are found in tobacco and marijuana smoke, may explain the growth abnormalities," according to the Las Vegas Review-Journal. The outlet noted "some studies have shown a higher concentration of these compounds in marijuana smoke than in tobacco smoke."

As physicians and researchers explore this link further, they advise people to avoid daily marijuana use while pregnant. “More and more, we’re gathering evidence about marijuana and the neuro-development of the baby,” Dr. Nora Doyle, a co-author of the study, said. “There are some receptors in the fetal brain that specifically are targeted by marijuana."

She continued, "The babies’ brains are developing. The exposure to marijuana in concentrated forms can be a problem.”

If you want more information about marijuana use during pregnancy, don't hesitate to reach out to a trusted medical professional with questions.