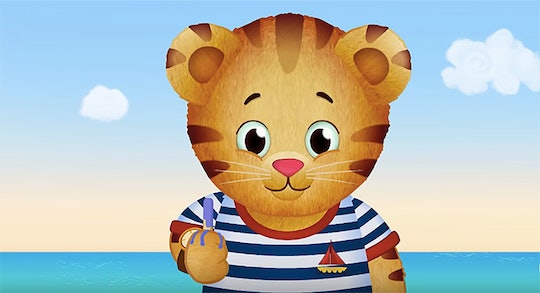 Daniel Tiger's Neighborhood is a favorite for little kids. And many parents who've spent years listening to the show's theme song in the background know every note of that tune, in which an adorable jungle animal urges viewers to "ride along with him" to the land of make-believe. But then the day comes when your kids outgrow the show, and you long for the old days. So when I saw Daniel Tiger's Neighborhood Live tour dates for 2020 had been announced, I felt a major pang of nostalgia. Although it's too late for me, you guys can still join in on the fun.

The PBS show, which has been around seemingly forever and is geared toward preschoolers, will hit the road in January 2020 for a 5-month, cross-country tour with 50 dates total, according to events website Pollstar. The cities the show will hit include bigger and smaller towns, from Milwaukee to Memphis, San Diego to Seattle, and Birmingham to Brooklyn, according to the website for the live show, which is called Daniel Tiger's Neighborhood Live!

The new stage production will feature Daniel Tiger and his buddies from the series, including O the Owl, Katerina Kittycat, Prince Wednesday, and the Tiger family. The characters will go on an interactive musical adventure to the "Neighborhood of Make-Believe," with singing, dancing and general cuteness included, according to the site.

The return engagement makes sense for 2020, since the show grossed over $8.6 million since kicking off in the U.S. and Canada in 2016, according to PollStar. The website noted that that hefty haul includes 248,728 tickets sold, which is wild. Clearly, it pays to be Daniel Tiger... and that's why it's probably safe to expect next year's show will be a hit.

And although tickets for these events are typically pricey, which makes it hard for the average family to afford such an outing (especially if you add in multiple kids) it is nice there are more opportunities available than there were a couple of years ago.

These years really are precious, and they go by fast. I've asked my bigger kids if they remember some of the special things we did (like a concert for the band The Wiggles) and although they don't remember every single fabulous thing I took them to, their overall impression is of a fun early childhood packed with lots of opportunities to learn and explore. So this show really does seem like a special memory in the making, and worth it to splurge on.

To purchase your tickets, visit Daniel Tiger Live for more information. And act fast — I have a feeling these will sell out quickly.