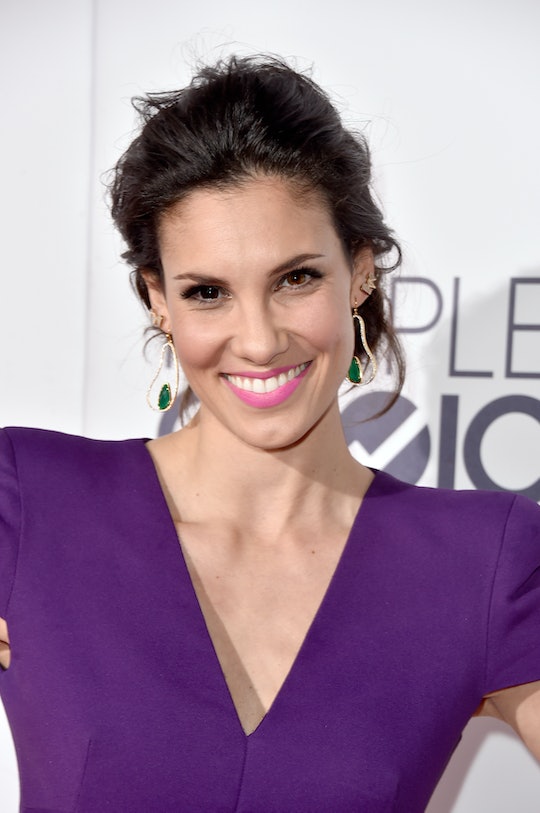 Daniela Ruah Is Pregnant Again & The 'NCIS' Family Is Growing

News broke on Monday that NCIS Los Angeles actress Daniela Ruah was pregnant again, which is all the more amazing because her NCIS costar, Eric Christian Olsen, is also expecting his second child with wife Sarah Wright Olsen. What's more, Ruah is married to Eric's older brother, David Olsen; her co-star is also her brother-in-law. So this means that not only is the NCIS family growing by two—the Olsen family is, too.

Ruah announced the pregnancy Monday morning via a priceless Instagram photo depicting Ruah, Olsen, and their 2-year-old son, River, hanging out as a family at an exercise park. Ruah's growing baby bump is clearly visible, and the caption reads, "There are 4 people in this photo, can you spot them all?" She also includes a wonderful Carl Sagan quote: "For small creatures such as we, the vastness is bearable only through love." The Portuguese-American actress also included the quote in Spanish, making her special message a tear-jerker in two languages at once.

According to People, Ruah and Olsen met on the NCIS set. The family workout photo is completely representative; Olsen, who is a former Navy SEAL, was acting as his younger brother's stunt double when he met his future wife. It's easy to imagine the babies-to-be playing around one day on the NCIS set, though their parents might have a little explaining to do—Ruah's character, Kensi Blye, is dating Olsen's character, Marty Deeks, on the show.

If you take a moment to let that sink in, it becomes clear that Ruah, fictionally speaking, is dating her brother-in-law. Ruah told ET in 2014 that since she and Olsen were already such good friends on set, it was easy to transition into being real family, too. "Because we've gotten to know each other so well over the years, it's made the family thing seamless," she said.

In fact, this isn't the first time that Ruah has been expecting a baby at the same time as her in-law and costar. Ruah's son River has a cousin his same age: Eric Olsen's son, Wyatt, who is also two. This Instagram photo shows the adorable little guys bonding over a book.

It certainly seems like it's a family affair over at the NCIS set. Costars Chris O'Donnell and LL Cool J have young kids of their own, and according to ET, the kids all spend time together. And it looks like soon enough, two more will be joining the bunch.