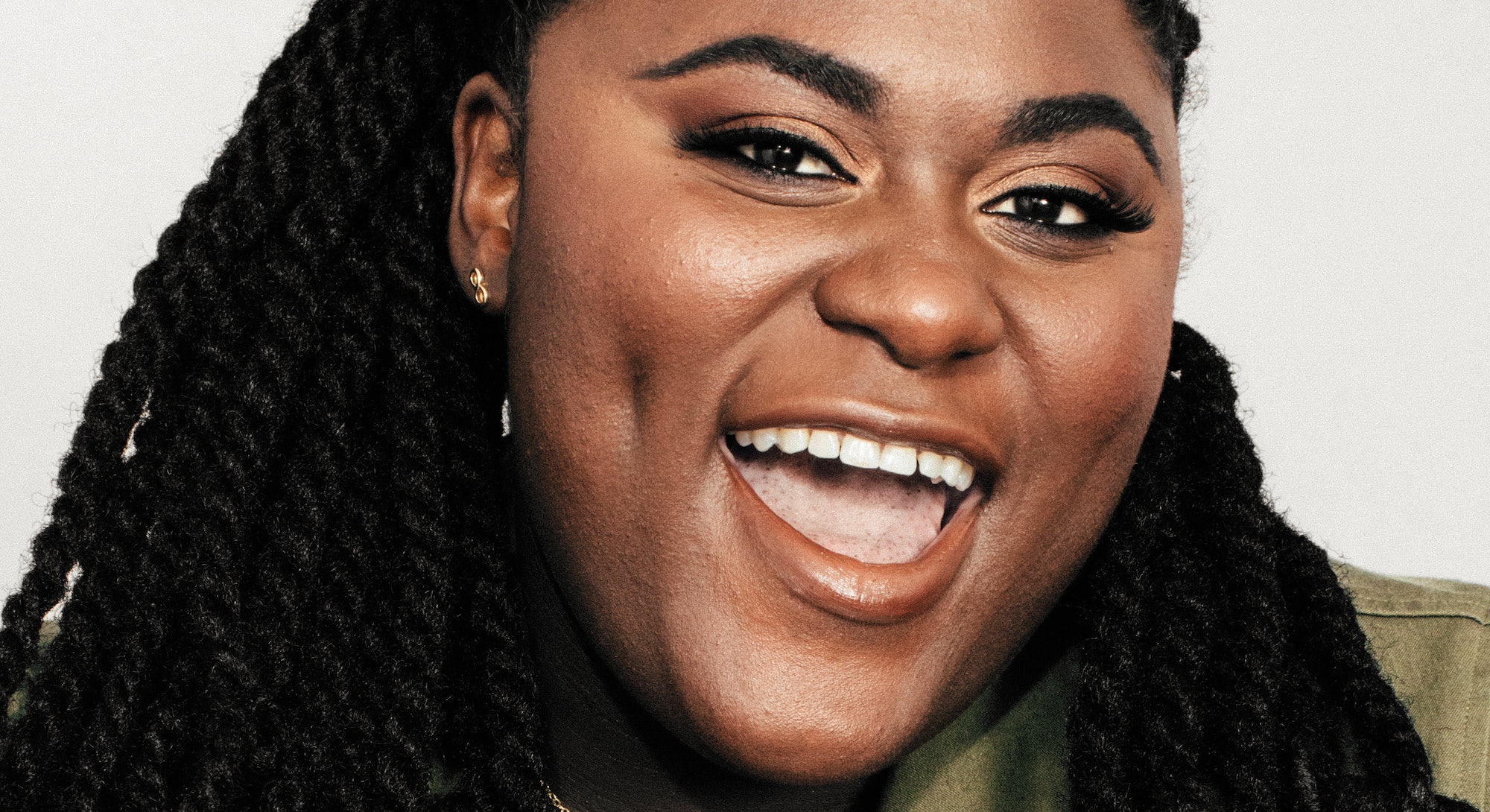 Danielle Brooks Is Ready To *Deliver*

What have you done lately, other than make and gestate a baby, and win over millions of fans? This is the question going through actor Danielle Brooks’ mind as she prepares to deliver her first child in late 2019.

She is ready for a change.

“You get a broader sense [that] there's just so much more to life than what is your next job,” she says of being pregnant, in an interview at the Bustle Digital Group offices. “What are you leaving this world with? What are you adding to it? [I’ve] started to shift my mindset and transition from answering every phone call or trying to meet every casting director. Instead of that, focusing on what do I want to build with this person that I love? I want a family.”

Having wrapped up the final season of Orange Is The Next Black, on which she played Tasha “Taystee” Jefferson, Brooks is about to launch a Netflix web series, A Little Bit Pregnant, in which she documents her pregnancy journey and asks birth workers and medical professionals questions viewers might not know to ask. “We’re going to answer all of your questions about all that baby sh*t, literally,” Brooks quips in the trailer.

On a serious note, she wanted to delve a ~lotta~ into the complexities of pregnancy, childbirth, and postpartum life. At a time when African American, Native American, and Alaska Native women are three times more likely to die from childbirth-related causes than white women, per a May 2019 Centers for Disease (CDC) report, Brooks believes women must advocate for themselves. “And if you can't advocate for yourself, you better have somebody on your team that can, because I know when you're in the heat of things, your labor's going to go however it's going to go,” Brooks says. She echoes the concerns of many women, that their birth plans will be ignored or that "struggling with a contraction... you're just like,'yes' to whatever.”

At its worst, the railroading of a person’s birth choices constitutes obstetric violence, but it isn’t always deliberate, says Brooks. “I think sometimes these doctors or whomever, people, medical people, they have their own agendas or quotas that they want to fill.” That’s where a doula comes in, to remind you, “No, it's your process.”

What motivates me to be the best version of myself is knowing that I do have somebody watching me now.

To set herself up for a positive birth, Brooks has tapped a woman of color who specializes in high-risk pregnancy as a registered nurse to be her doula. “It’s been nice to have her be that person to advocate for me, along with my partner, too,” she says.

Still, she doesn’t have any illusions about who is really in charge in the delivery room: “[Write] down exactly what your plan is,” she advises, but also know that “it ain't ever going to go how you want it to get out.”

Unpredictability has been a theme with Brooks since she graduated from Juilliard's esteemed Drama Division in 2011. Two years later, while balancing two stage roles, she landed the role on Orange is The New Black, based on Piper Kerman’s memoir of the same name. The hit show catapulted Brooks onto the Hollywood mainstage.

I want to see more sexy, plus-size women getting to show all of it.

But the roles she took on after weren’t conventional; rather she was focused on opportunities that would “move the needle.” From 2015 to 2017, she played Sofia in the Broadway revival of The Color Purple, and received a Tony award nomination for Best Featured Actress in a Musical. Recently, she received critical acclaim for her performance as the romantic lead, Beatrice, in The Public Theater’s summer 2019 production of Much Ado About Nothing. Playing a love interest was a goal for Brooks, who wanted “to be the lead of a show where I've always seen white, skinny, blonde women play [the heroine]. That's more important to me than going and making this six-figure check in a movie where I'm the best friend.”

Her pushing for visibility extends off the stage. “I want to see more sexy, plus-size women getting to show all of it,” says Brooks. “Just getting to show just how voluptuous and beautiful and desired we are, but also continuing to show how complicated we are, and [how] multi-dimensional we are. That's important to me.”

Brooks is dressed impeccably in a utilitarian green jumpsuit — yes, popular in Litchfield as well as on the streets of Brooklyn — part of Brooks’ Fit Liberty (Mom) curation of Universal Standard items. The idea was to curate clothes that can be worn during and after pregnancy.

“Clothes should go with you on the journey of your life [and] that’s what Universal [Standard] has done so greatly,” says Brooks. “You don’t feel this sort of guilt or feel like, 'Oh my gosh, I still can fit my maternity clothes, and I should be out of them.'”

From Brooks’ lips to God’s ears, her vision seems to materialize before her. “What motivates me to be the best version of myself is knowing that I do have somebody watching me now,” she says after hopping about the studio with serious second-trimester energy. Brooks has never settled for typecast roles, and is pushing to expand ideas of Black womanhood and motherhood through her artistry — such as her celebratory single “Black Woman” — and by virtue of being unapologetically herself.

“At first, it was always like I want to be the person I never was able to see, in TV and film, or never really read about it interviews. I can now be that person. Now we have so many beautiful representations [of women like me]. Now it’s like, 'Oh, I can be that person I want my child to be proud of.'”