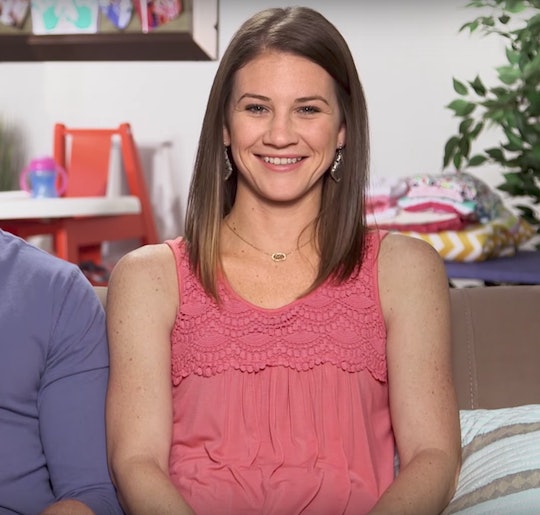 Danielle Busby's life took quite the turn two years ago when she became the mother of the first all-girl quintuplets born in the United States — and began starring on a TLC reality series soon after. Now, Danielle, her husband, Adam, their 6-year-old daughter, Blayke, and the quints are celebrating the launch of the third season of their show, OutDaughtered, this month — and there'a a lot going on for the Texas crew. Luckily, fans don't have to wait for Tuesday's installment to share in the cuteness: They can get their daily Busby fix on Danielle Busby's Instagram page, where she posts endless adorable snaps of her girls and other aspects of her daily life.

While early photos of the quintuplets — Ava, Riley, Parker, Hazel, and Olivia — were of itty bitty babies, the girls are getting a little older going in about a million different directions. They're in the thick of the Terrible Twos, and their parents are realizing that it may be just about time to begin potty training the toddlers, a recent teaser for the new season suggests. All that promises a lot of excitement in the show as well as on Busby's Instagram as these five little ladies grow up and begin to display their own personalities.

On a recent episode of the show, for example, Busby explained that a bit of a mischievous streak has emerged in Riley:

Riley is notorious for spilling her milk on purpose — she does it all the time. The girls are at that age where they’re really testing boundaries, so we've starting doing time-out for when they're bad.

But her Instagram page ensures that viewers get to see all sorts of sides to Riley. On Thursday, Busby posted the most adorable photo of her:

And adorable photos and videos are a dime a dozen on the Instagram account, such as this little memento from when older sister Blayke spent some time at her grandparents' house:

Even the straight-up self-promotion of the show is 100 percent irresistible:

There are GIFs for the ages:

And this reminder that if you aren't wearing Riley's rainbow goggles every day of your life, you're doing it wrong:

Busby's Instagram page captures precious moments, too, like when the sisters all got together for a fashion show:

And who could forget this pic of Hazel and her cute glasses?

Clearly, Busby can't get enough of her kids: