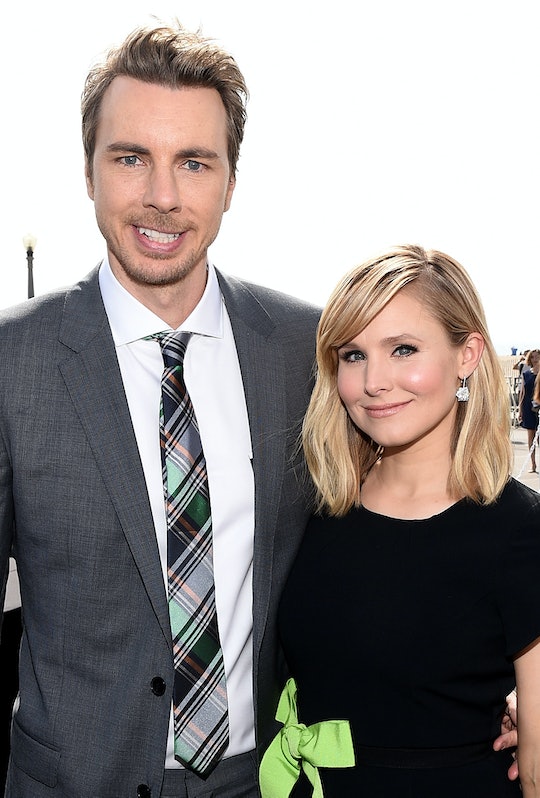 Dax Shepard Talks About His Vasectomy, Proving Men Also Have A Hand In Family Planning

Though women historically took responsibility for contraception, one celeb dad is showing the world how easy it is for men to get involved, too. Dax Shepard spoke about his vasectomy on Jimmy Kimmel Live! this week, reminding the world that men are just as responsible for family planning.

Shepard and actor Kristen Bell have two children together, according to ABC News: 3-year-old Lincoln and 17-month-old Delta. When Kimmel asked Shepard whether he plans on expanding their family, the actor said he didn't want to have any more kids. Shepard said that a false alarm last year strengthened his resolve to keep their clan small:

Last year, my wife was working in Atlanta. We were there and she all of a sudden goes, 'Oh, my gosh! I'm so stupid. I've been sick for 10 days and ignoring it; I'm definitely pregnant.' And I was like, 'We're going to turn into Jon & Kate Plus 8 or something. We already have no life! This is going to be not worth living.' I freaked out. It was so bad.

Bell's pregnancy test revealed that she wasn't expecting, People reported. Two days later, Shepard got a vasectomy. Bell didn't love the snap decision, according to TODAY Parents; Shepard's vasectomy seemed like a bold move. Shepard said he's a "man of action," so he decided to go for it. The actor said the vasectomy procedure was actually fairly easy, E! News reported; he said, "It's pretty great, because they knock you out for it."

There's no doubt that getting a vasectomy is a big decision, but it is an option for couples who are confident they're ready to stop having kids. A vasectomy is permanent, but it's also one of the most effective forms of birth control according to the Centers for Disease Control and Prevention. Along with methods of female sterilization, vasectomies lead to fewer than one pregnancy per 100 women every year. Reversible forms of birth control including implants and intrauterine devices (IUDs) are similarly effective, but some couples may be ready to opt for a longer-term solution.

Men thinking about scheduling a vasectomy first need to consult with a doctor, Mayo Clinic reported; a physician can help an individual determine whether it's the right method of birth control for them. If a man decides to proceed, he'll likely have the procedure done under local anesthesia by a urologist. The full process generally takes between 10 and 30 minutes, but the patient needs to avoid sexual activity for about a week. Men who have a vasectomy can still ejaculate, but the goal is to have sperm reabsorbed so that it isn't transmitted during intercourse.

A vasectomy isn't for everyone, but it's important for couples to know that women aren't the only ones who can take responsibility for birth control. Like Dax Shepard, men looking for a permanent solution may find a vasectomy to be an effective family planning option, so it's great that someone so visible is speaking out about it.