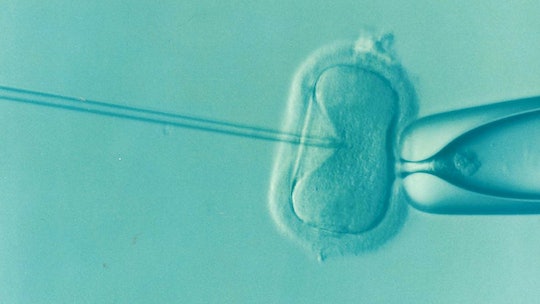 A new study that looked at what causes women undergoing in vitro fertilization (IVF) to suffer miscarriages revealed an interesting finding about our circadian rhythms. Our circadian rhythms help our body know when to sleep, when to wake up, and when to eat. But twice a year, they get temporarily interrupted. The study found that Daylight Saving Time might influence IVF success in women who have previously miscarried — but researchers can't say exactly why yet.

Twice a year, throughout most of the western hemisphere, we either turn our clocks forward or back so that we end up with more or less daylight hours. The practice of Daylight Saving Time (DST) has been mandated and repealed in the U.S. for the last century or so, but the general consensus these days is that in the spring we move our clocks forward, and in the autumn we “fall back” to take advantage of a little extra daylight before the long, dark days of winter.

This usually throws most people off for a few days as we collectively adjust to time not being quite what we expect it to be. Our minds might be able to wrap around the idea, but it takes our bodies a little longer. Our circadian rhythms, which are roughly 24 hours long, help us figure out when we need to sleep, eat, and so on. It’s regulated by our brains, but certainly our environment can throw things off, especially something like DST.

Researchers in Boston were wondering if circadian rhythms have an impact on fertility. They specifically looked at a group of women who had been undergoing IVF at various times throughout the year. They found an interesting correlation: women in the study who had miscarried before were actually more likely to miscarry after IVF treatment if the embryo transfers occurred in the first month or so after DST began in the spring. This was only true for women who had previously suffered a miscarriage, though: in the group of women who had not previously miscarried, the rate of embryo transfer success was about the same regardless of time of year.

The researchers found the correlation intriguing, but they don’t yet understand what it means for IVF patients. More research is needed to understand what the connection is, and if anything could be done about it. In 2014, a study at the University of Colorado made headlines when it linked Daylight Saving Time to a 25 percent increase in heart attack risk. The IVF study also raises an interesting question about how our bodies interact with our environment, and whether or not there are lasting consequences of losing that hour of sleep.