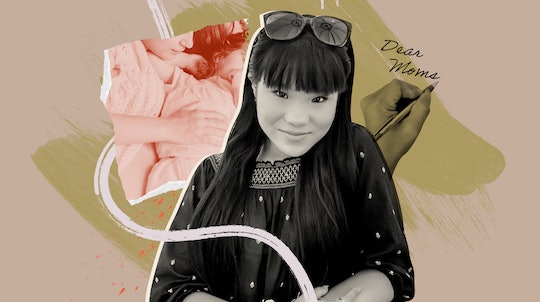 Dear Moms: I Wish You Could See Your Kids' Casual Racism At School

We have heard a lot about what parents need to tell kids about race — here is Madeline Donovan, a high school sophomore who lives in Connecticut, offering her take on what you need to know as parents.

When I was in the fifth grade, a blonde-haired, blue-eyed classmate pulled her eyes back, toward her temples, pretending to have “Asian eyes” while her friend looked on and laughed. When my parents called her family to talk about what had happened, they made up poor excuses. When she came back to school the next day and the teacher questioned her about it, she said she was rubbing her eyes. I then asked why her friend was laughing while she did it. The teacher and the school dismissed the issue, saying she “probably didn’t mean for it to be offensive.” It’s easy to view the time before George Floyd’s death as an era of well-meant ignorance to racial issues, but even in its wake, we are blind to certain racial dynamics — I know. I’ve seen how racism works to conceal itself within the next generation. I want you to listen to what I have to say as someone who has been seated next to your kids in class.

It’s a strange time to be an American who wasn’t born here. In 2005, I was adopted from China, where I became an American citizen at 10 months old, before I came home to the United States. I grew up with the same Disney and Nickelodeon shows as my American-born peers, and I am part of the post-9/11 generation, living with the same lockdown drills and security checks. I have seen the same news stories unfold about the rise of racism and racist acts in this country in the past few months as the Black Lives Matter movement has galvanized hundreds of thousands of Americans. But sadly, the racism directed toward Asian Americans continues largely unacknowledged as President Trump continues to refer to the novel coronavirus as the “China virus” like he did at the Republican National Convention when he failed to take responsibility for his administration’s delayed and inadequate response to the spread of the pandemic, simply saying, “We have to make the China virus go away.”

I have read an alarming number of news stories, including several in The New York Times, that report that Trump and his Republican supporters’ insistence on referring to the coronavirus as the “China virus” has resulted in a rise in verbal and physical abuse directed toward Asian Americans by people who think they are justified in yelling and spitting into the faces of fellow citizens. The sad truth is that our society has made it acceptable for people to act this way because they have seen other people do the same before them; it is due to the fact that being racist isn’t something people are born with — it is learned behavior, taught through the influence of the environment around us. Parents are responsible for teaching their kids how to be anti-racist, and that starts with admitting that your kid may not be perfect.

The truth is that many children are not always the same people you see sitting at your kitchen counter eating breakfast.

It’s understandable that every parent wants to see their child as the perfect model student. The truth is that many children are not always the same people you see sitting at your kitchen counter eating breakfast. Many will go out of their way to make an unnecessary racist comment, with the sole intention of bringing down another person. Oftentimes, this is just the fastest or shortest comment that most people wouldn’t even notice or take the time to think about. I have been told multiple times over the course of my growing up that I “act and talk white.” After over 10 years of living in predominantly white neighborhoods and attending predominantly white, private schools, these types of comments have become so commonplace that I seldom question them anymore. But if someone comes to you and says your child has been racist, hear that person out. You and your child will learn something.

If you tell your kids to not judge others based upon how they look, don’t turn around and act surprised when you see parents that do not look like their children.

Kids react to messages in wider society, but also to the direct influence of their parents. As a high schooler growing up in the United States, I know how easy it is to be influenced by the opinions of those around you. You might never think of using a racist slur, but the casual racism of asking a white woman if she only feeds her Chinese baby rice, as someone once asked my mother, is the kind of ignorant thinking that can cause your children to grow up to be the close-minded people that we see in viral videos online, hating on people whose skin color and/or hair texture just happens to differ from their own.

Don’t be hypocritical. If you tell your kids to not judge others based upon how they look, don’t turn around and act surprised when you see parents that do not look like their children. Don't ask adopted kids if they have ever met their “real parents.” Children mirror the behavior of the adults around them. Do you really want your children to grow up with the mindset that there are different standards and rules for different people?

Finally, although it may be difficult, do not try to shelter your children from learning about the world. Have honest discussions about current events. You can’t shield them. Once kids reach middle school, they start to become more impressionable. Their opinions are easily swayed by those around them, and you’re very naive if you think that your political beliefs are the only ones that have any significance. You’re passing that small-mindedness to your children by not giving them the full picture of what is really happening. Wherever you stand on the political spectrum, and no matter how much good you feel you are doing, try giving them the facts, without bias, and you will allow them to form their own beliefs, rather than thinking that your views are the only ones that matter.

Racism isn’t just the extreme acts of violence and abuse you see online; it’s hidden behind the bemused expressions of people who look twice at families where everyone isn’t the same race. If you want your kids to grow up without hateful and harmful biases, open your mind to the possibility that what you tell your children might not always come across as you may have intended. None of us is perfect, but we can all strive to be inclusive and kind.