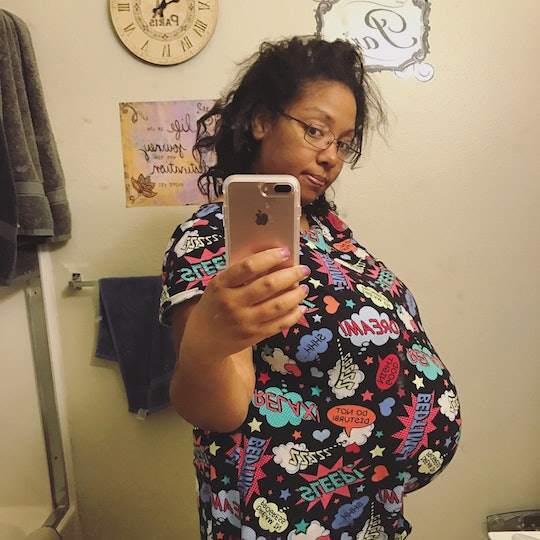 I have 4 kids, and during each of my pregnancies, I had the worst gas of my life. The first time, my diet was probably mostly to blame: I was eating sausage pizza, french fries, and fried chicken, and I ended up gaining 68 pounds. When I was pregnant with twins, however, I barely ate anything, because I couldn't keep anything down. I had to be on two different medications to keep from throwing up 3-4 times a day. Once my morning sickness went away in my 30th week, I was able to eat a little, but that caused horrific heartburn, as I had two babies pushing up on my stomach.

Last year, I got pregnant with my youngest, Kai. I was a vegan before and during that pregnancy, so I lived on stir-fried vegetables, meat substitutes, and lots of different kinds of fruit. But regardless of what I ate, I still passed gas way more often than I did before I got pregnant.

There's a good reason why pregnant women have so much gas. When you're pregnant, your body is producing a ton of progesterone, a hormone that slows your digestive system and causes gas to build up. To make matters worse, pregnancy hormones also relax your muscles, making it a lot harder to actually hold in your farts. So for many women, pregnancy can mean 9 months of uncontrollable farting.

With my latest pregnancy, I thought it would be different. I'd become a vegan, so I didn't fart as much as I usually did. It actually became something of a point of pride for me. I'd constantly lecture my husband on his "fartiquette", or fart etiquette, which are as follows: if you're close to someone and you need to fart, move away from them. Don't fart near a fan. If you're having severe stomach issues, just leave the room to fart. Simple enough, right?

"People are acting like they've never heard a pregnant lady fart in a Target before," I said out loud.

While I was pregnant with Kai, all of my fartiquette went out the window. One time, when I was 6 months pregnant, we made a stop at Target. We decided to stop by the baby aisle, and I started complaining to my husband that I had really bad gas. I couldn't help it, and I let one rip. An older woman looked at me like I'd just pooped on the floor, but I didn't care. "People are acting like they've never heard a pregnant lady fart in a Target before," I said out loud.

I couldn't help how much I was farting. I brought it up to my doctor and she suggested taking antacids, but once the heartburn kicked in towards the end of my second trimester, I had to ask for something stronger. The only thing that helped was Zantac, which is an over-the-counter antacid. I still had some heartburn and discomfort, but the uncontrollable farting lessened somewhat.

Right after I gave birth to Kai, the doctors encouraged me to pass gas. I had a c-section and the doctor told me that I couldn't eat solid foods until I was passing gas and had a bowel movement. This time, passing gas hurt a lot. Even though I was on painkillers, the first fart was very painful. Once I got home from the hospital, every single time I farted, it hurt. After a few days, the pain started to subside, but the gas didn't go away. Actually, I was passing gas like I was still pregnant. Six months later, I still pass a decent amount of gas, but now it's easier for me to follow my own rules of fartiquette.

If you let a big one rip in the middle of a Target, just laugh it off. You're not the first pregnant woman to fart while shopping, and you certainly won't be the last.

According to my doctor, this is a thing that happens to a lot of women, but no one told me about this before I got pregnant. It wasn't until I brought it up to my other mom friends that I realized how common it was. So if you're expecting and you let a big one rip in the middle of a Target, just laugh it off. You're not the first pregnant woman to fart while shopping, and you certainly won't be the last.

More Like This
How To Fly Safely During Pregnancy
Is It Safe To Pump While Pregnant? Experts Weigh In
What Foods Fight Nausea During Pregnancy?
OB-GYNs Explain The Connection Between Stress & Miscarriage
What Parents Are Talking About — Delivered Straight To Your Inbox