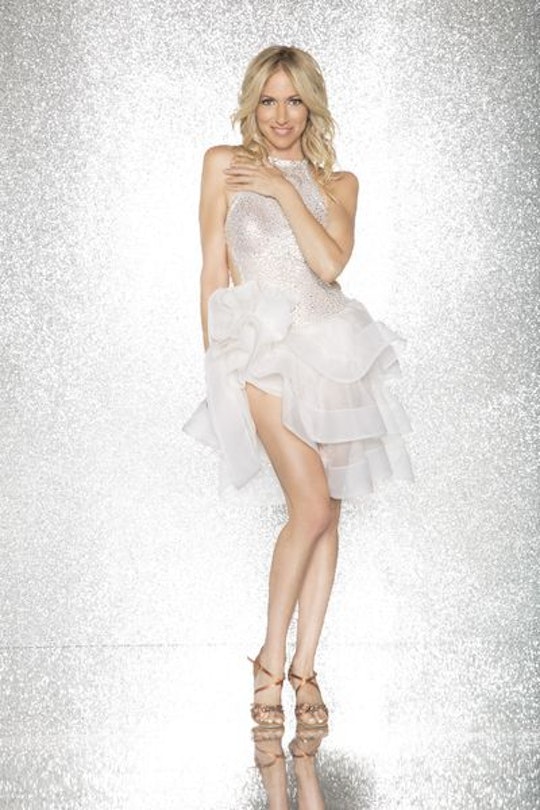 Welcome to Season 25 of Dancing with the Stars, where I actually know at least half of the stars competing! One of these stars is '80s icon Debbie Gibson, who absolutely owned it on the dance floor. But her time in the spotlight wasn't just used to deliver a stunning performance. She also took some time to address a disease she's been battling for four years. Suffice to say, Debbie Gibson's message for those battling Lyme disease is so inspiring. It's definitely been challenging, but Gibson wants viewers to know that the disease doesn't have to take over your life.

Lyme disease is no joke. A few years ago, Real Housewives of Beverly Hills star Yolanda Hadid opened up about her struggles with the disease on the show, where fans saw her go to incredible lengths to get treatment. According to the CDC's website, the symptoms of lyme disease can include arthritis with severe joint pain and swelling, pain in tendons and bones, heart palpitations, and sometimes severe fatigue. Basically, it means pain everywhere and you don't know when it's going to strike. It's no wonder that Gibson said she's spent a lot of time sort of hibernating. But she's definitely not hibernating anymore.

After their first number on the dance floor, host Erin Andrews asked Gibson what it was like to be on the show after having been diagnosed so recently. Gibson did not hold back, not just that it was a huge struggle, but that it shouldn't stop anyone from going out and doing exciting and scary things. Lyme disease does not mean that your life suddenly stops. "This is like a really big coming out party," she told Andrews. "I've been really scared to do something of this magnitude." Gibson has been touring here and there, but nothing major like this.

She then continued with some inspiring words for others in her situation. "You don't have to get stuck. You don't have to curl up in a ball on your couch. You can live. you can get busy living." For those people who feel like this disease (or any disease for that matter) is stopping them from living their best lives, Gibson of all people is here to remind you that there is a life for you out there. It was the sweetest and most inspiring thing to hear coming from her.

In her pre-dance package, Gibson talked a little bit more about her Lyme disease and what it means to actually get up and go work at something as physical as this. "I am very competitive and it would be amazing to win, but showing up here today is actually a victory because I’ve been hibernating,” she said. "It’s time to put that behind me and find the joy in performing again." Because let's not forget, Gibson is a performer, and she's got the record sales to prove it.

But this is not the first time Gibson has spoken out about dealing with this disease. People reported a few years ago that Gibson does not like to say that she's "battling" the disease. "I prefer to say that I’m ‘overcoming’ it," she said. "To call it a battle implies that there’s a war with a worthy opponent, that some disease is a worthy opponent. I don’t want to give this disease that kind of power over me. It’s not a war. There’s not a winner and a loser. ‘Battle’ sounds exhausting to me! It’s a challenge that I’m overcoming." From the looks of things on Dancing with the Stars, Lyme disease doesn't have a prayer when it comes to beating this star.