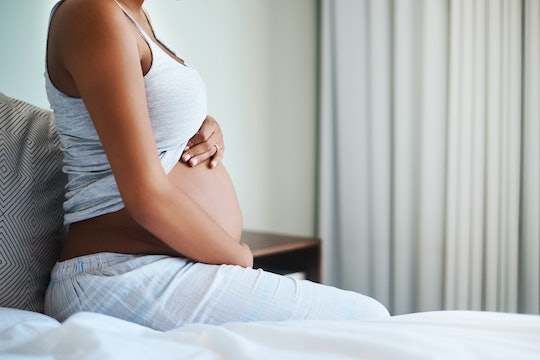 Delaying Pregnancy After Miscarriage Might Be Unnecessary, Study Finds

The aftermath of a miscarriage can be one of the most awful times for women. Dealing with loss, especially the loss of an unborn child, can be incredibly difficult. But miscarrying could serve as motivation for women to want to try and get pregnant again. In the past, doctors have warned against trying again shortly after having a miscarriage. However, a new study found that delaying pregnancy after miscarriage might be unnecessary — which is great news for women who are trying to get pregnant.

Some doctors — including the ever-knowing World Health Organization — normally recommend that women who suffer from a miscarriage have to wait six months after they miscarry to try again to get pregnant, according to The Huffington Post. This recommendation comes from the suggestion that waiting a period of time after miscarrying is healthier the mother and will reduce risk for birth complications. But a new study done by the University of Aberdeen has found that there are "no additional risks for women who wait less than six months to become pregnant after a miscarriage." The study also found, according to Live Science, that there was no correlation between women who got pregnant shortly after having a child already and birthing complications — such as preeclampsia and stillbirths.

But this new study does not reveal any new information for women who have been closely following this subject. In fact, researchers have been claiming for a while now that it is safe for women to get pregnant shortly after miscarrying. In January of this year, one study done by the National Institutes of Health found that couples who conceive within three months after miscarrying have the same chances, if not a greater chance, of having a live birth than those who wait. Instead, according to Parents, women who miscarrying should see their OB/GYN two weeks after miscarrying to make sure everything looks fine before having sex with their partner. "If that's the case, I tell my patients to go ahead and have intercourse," Dr. Angela Chaudhari a gynecological surgeon and assistant professor in the Department of Obstetrics and Gynecology at Northwestern University said. "The only thing that would prevent that is a traumatic procedure which might require longer healing." According to Mayo Clinic, waiting two weeks after miscarrying to try again is suggested to "prevent an infection."