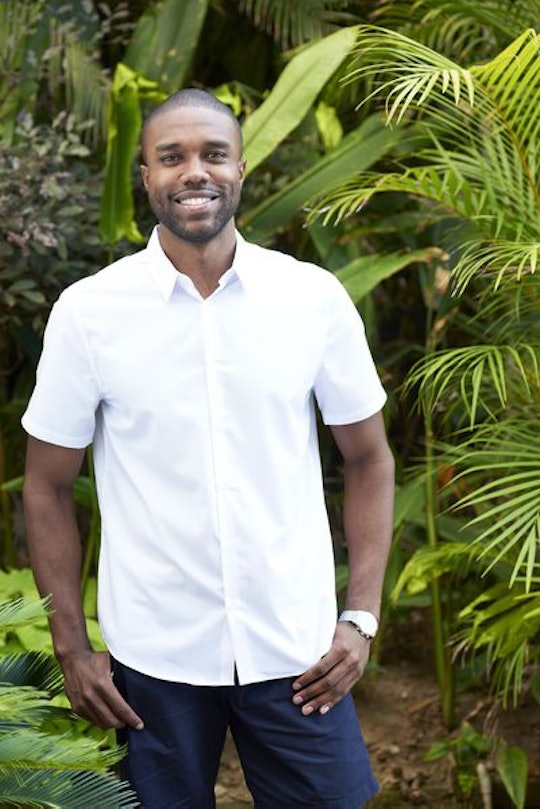 DeMario Addressed The 'Bachelor In Paradise' Shut Down

After literally months of coverage on the scandal that halted production of Bachelor in Paradise, ABC has started to actually show interviews with the two people at the center of it all. In a one-on-one interview with Chris Harrison, DeMario addressed the Bachelor in Paradise shut down and got very emotional, especially when talking about his mom.

There have been several articles about what happened that night when it was initially announced that production was halted. All that was known for sure was that a producer was concerned about possible misconduct concerning two contestants, DeMario Jackson and Corinne Olympios, which lead to the shut down. An internal investigation by ABC concluded that no wrongdoing had occurred, but that did not stop the speculation, and even rumors that the show had been canceled. As is now obvious, the show did continue, and the network has brought up the scandal in almost every episode. While one part of me thinks it would be totally unwise to ignore it, another part of me feels extremely uncomfortable at the idea that ABC might be somewhat exploiting the incident for ratings.

In any case, I was glad to finally get the story straight from one of the people at the heart of the story directly.

In his telling of the story, he and Corinne had had a lot to drink, and were making out in the pool. The next morning, everything seemed fine, and no one seemed concerned. When he found out he and Corinne were going to have to leave the show, he was shocked. When he told his father, apparently his dad said maybe reality TV just isn't for you. Honestly, I tend to agree. Things got really emotional, however, when DeMario started talking about how this has impacted the rest of his life, particularly his mother. "I'm everything to her," he said.

"I had to make her deactivate everything because she was like, going to war," DeMario said of his mom, as any loving parent would. To his huge credit, DeMario was completely gracious, kind, and empathetic when asked what his thoughts about Corinne were. If you expected him to be mean or even shady, you have another thing coming.

"I felt bad for her because she was being slut shamed," he said. "It just hurt me to know that she was probably going through the same thing that I was but probably a little bit more." I did not love DeMario on Rachel's season, but that was big of him. Finally, when asked what has gotten him through this time, DeMario answered, "Friends, family, and Kanye West." Same, DeMario. Same. I guess we'll see what comes of next week when Corinne gets to share her side of the story.