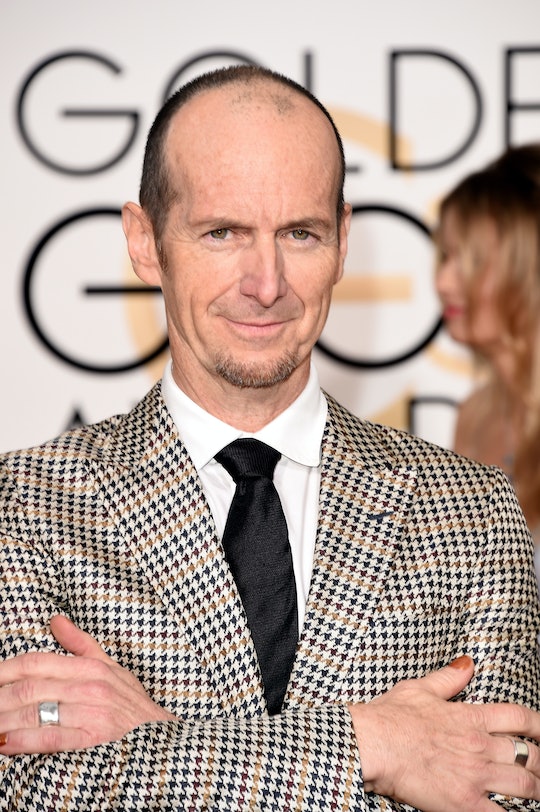 The 2016 Golden Globes kicked off Sunday night on the red carpet with jewel-toned dresses and some of the greatest shoes that the Globes have seen in recent years. American Horror Story star Denis O'Hare's shoes at the Golden Globes were especially amazing. He wore heeled gold and black platform heels, and the Internet promptly freaked out in jealousy.

Lady Gaga was nominated for best performance by an actress in a miniseries or motion picture made for television for her performance in American Horror Story: Hotel alongside O'Hare, according to Billboard. Hotel is nominated for Best TV Movie or Limited Series.

O'Hare played Liz Taylor in Hotel, a man who gave up his ordinary life and job to crossdress and live in hotel as its bartender. Many fans of the series have said O'Hare deserves a Globe nomination for the show and that his performance was stronger than Gaga's. Though O'Hare didn't recieve a golden statue at Sunday's awards, his shoes were Beyoncé-bow down worthy. The golden platform high heels didn't look easy to walk in, but damn were they impressive.

O'Hare's shoe choice was no doubt some kind of nod to his American Horror Story character, and it was a brilliant one. Sure, O'Hare didn't get a nomination, but his shoe choice made it clear that he's not bitter. He also congratulated his costar and the production team behind Hotel on Twitter after the nominations were released.

I'm not quite sure how he's going to make it all night in those things, but I applaud him for just attempting it. Talk about stealing the shoe show (which can be really difficult with someone like Lady Gaga walking the red carpet).