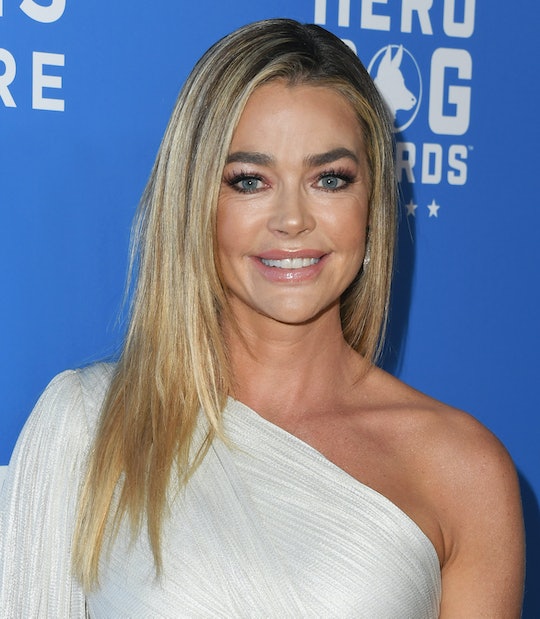 Denise Richards Opened Up About Raising Her Daughter With Special Needs

Many people know Denise Richards from her rocky relationship with actor Charlie Sheen. For a while they were front and center of every tabloid. Now, things are a lot calmer for Richards. She's enjoying her life as a mom, new wife, and reality television star. But there is one thing she wanted to share with her fans, in hopes of raising awareness and letting others know they are not alone. Denise Richards opens up about raising her daughter with special needs and it's not always easy.

Richards told People that her youngest daughter, Eloise, 7, has "special needs," and has a rare chromosomal disorder.

In addition to little Eloise, Richards has two older daughters, Sam, 14, and Lola, 13. Both Sam and Lola are daughters from her marriage with Charlie Sheen. She adopted Eloise in 2011 as a single mother, according to People.

Richards first noticed something was wrong, as per People, when Eloise was not meeting the typical milestones for babies, like sitting up unsupported or walking when expected.

But still, it took awhile for Eloise to receive a diagnosis of a deletion of chromosome 8, according to People. Richards told the publication:

She can only say a handful of words. And there are times when she feels like her age in understanding, and then other times where it feels she’s emotionally 3 years old. It’s been challenging. I’m learning every day because they don’t really have a road map for her particular case.

It's an extremely rare birth abnormality that affects both males and females and occurs across all ethnicities.

To date, nearly 3 million children in the United States have physical or mental disabilities, according to Family Circle.

Life for Richards and her three girls became complete when she married her long-time boyfriend actor Aaron Phypers in September of last year, according to Page Six.

"Regardless of what industry you work in, as a working mom, it’s hard to keep it all balanced," Richards told SheKnows. "But I always make sure my kids are number one, and if they have something important — a recital, game, etc., — and I have a meeting, I will try and change my meeting. As long as it’s harmonious, it’s all good!"

And like any mom, she has seemed proud to show them off every chance she's gotten. And it's clear that she misses them deeply when work pulls her away. In this Instagram post featuring a photo of the sisters from Richards' wedding day, she wrote: "Missing my beautiful girls ... I’m sure every parent can relate to juggling the family & working. Miss them so much. This was taken at our wedding."

Richards told People that she's still hopeful that Eloise will continue to improve in the years to come, although she acknowledged that even she's not sure what the future will hold.

Judging from Richards' social media posts it looks like Eloise is in good hands, with doting parents and loving siblings. It might not always be easy, but Richards seems to be a dedicated mom who will do what it takes to make life the best it can be for all of her children.

More Like This
Ginger Zee Had A Perfect Response After A Troll Asked Her "Who's Raising Your Kids?"
It's A Beautiful Day In Jenny Slate’s Neighborhood
Megan Fox Explains Why She Asked Machine Gun Kelly If He Was Breastfed As A Baby
Barack & Michelle Obama Shared The Most Adorable Baby Photos Of Malia On Her Birthday