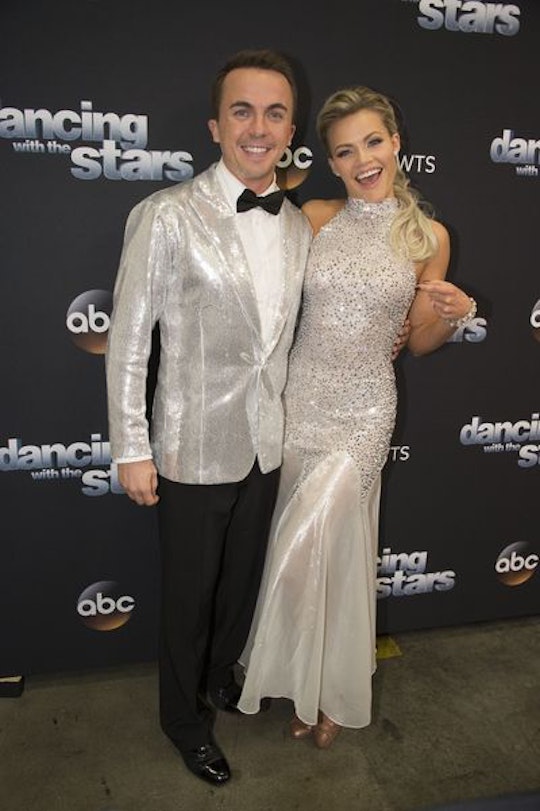 'DWTS' Contestant Frankie Muniz Has Opened Up About His Memory Loss

It is beginning to feel like every week on this season of Dancing with the Stars, Frankie Muniz reveals a new and slightly worrisome piece of information about his health. Now, details about Frankie Muniz's memory loss before Dancing with the Stars explains a little more about what he's been through and how he's feeling about his life. While others around him may be concerned about his well-being, Muniz himself is feeling extremely positive about himself at the moment. Sure, he appreciates the well-meaning concern, but he seems to find it unnecessary. Which, I have to admit, makes him even more lovable.

On Week 1 of the show, Muniz revealed that following a major crash when he was a professional race car driver, he sustained major injuries including a broken back that still affects him to this day. "I think we talk about my injuries every day because I have a creaky, old body," the actor told People in an interview. "I’m 31 but feel like I have the creaky, old body of a 71-year-old." Then just a few weeks into the competition on "Most Memorable Year" week, Muniz revealed that picking a memorable year would be difficult since he doesn't really remember a lot of... well anything.

Producers on Dancing with the Stars reportedly wanted him to talk about his Emmy nomination for Malcolm in the Middle for the episode, but Muniz was unable to remember the ceremony or much of his time on the popular show in general.

"They were going to ask me those questions and I told them, ‘To be honest, I don’t remember going to the Emmys when I was nominated,’" Muniz said to Entertainment Weekly. "I don’t specifically remember being nominated, or what I felt, or what we did. My mom told me we went to the dentist that day." The article furthermore discussed a little bit about Muniz's medical history, but it's still unclear what exactly has been causing his memory loss. Over the course of his life he has suffered a grand total of nine concussions, as well as at least 15 transient ischemic attacks (TIAs) that are also known as "mini strokes."

It would be more than understandable for Muniz to feel upset or a sense of loss due to his inability to remember so many major events in his life. Yet Muniz seems completely at peace with his memory loss. In the video package before his Memorable Year dance, Muniz was incredibly upbeat, reinforcing again and again how happy he is to be able to live each day as it comes and to the fullest. He also gets help from his loved one when he needs to fill in the blanks.

"My girlfriend Paige writes every single day what we did just because I love to be able to look back," he said. His Malcolm in the Middle dad, Bryan Cranston, appeared in the video to lend his support as well. "I told him not to worry about what you remember and what you don't remember," he said. "They're still your experiences. It'll be my job. I'll tell him 'remember this? remember that on Malcolm? What a life for you'." Muniz finished by saying, "Even if I don't remember it all. I'm happy."

In the same EW article, Muniz said that after the episode, many people approached him with their concerns, but he doesn't seem to quite understand why. "I’ve been so lucky and fortunate in my life to be able to do all the things I’ve gotten to do," he said. "I’ve literally had three dream jobs and I’m still continuing. And now I’m dancing on TV. I consider myself to be in an amazing place."

I am so happy that Muniz is content with where he is in his life, so I'll try to stop worrying about him myself. Suffice to say, he should serve as an inspiration to us all.