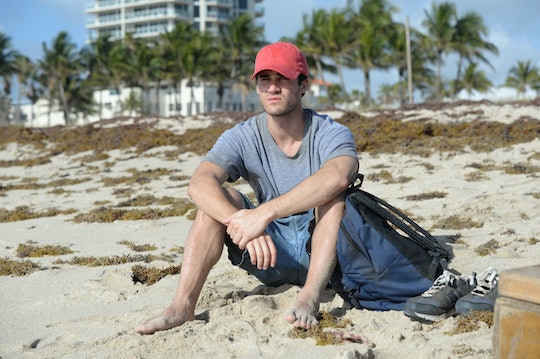 The Relationship Between Andrew Cunanan & Gianni Versace Is Complicated

The first episode of The Assassination of Gianni Versace explores the event that lent the show its title: the seemingly random, certainly inexplicable shooting of Gianni Versace by Andrew Cunanan in the early hours of the morning on July 15, 1997. But "The Man Who Would Be Vogue" weaves through time, going back into Andrew's life before it took such a violent turn — including revealing the first time he crossed paths with Versace. But did Andrew Cunanan really know Versace? That's a surprisingly difficult question to answer, both on the show and in real life.

On the show, they met in a club before having a date at the San Francisco opera, where Versace had designed the costumes for Capriccio. While walking around the empty set on the stage, they shared details of their past (Cunanan's heavily embellished) and seemed to have a genuine, if brief, connection. But the entire scene had a dreamy quality and it was difficult to tell if it had actually occurred or if it was Cunanan's fantasy, another tall tale he spun out of a minor interaction. Viewers saw firsthand how Cunanan exaggerated his meeting with Versace at the club for his friends' amusement, so why would the date at the opera be any different?

The real story is similarly difficult to pin down. There is no solid evidence that the real Andrew Cunanan ever met Gianni Versace, though there are indications that they may have crossed paths at least once. In Maureen Orth's book Vulgar Favors (upon which the show is based), she recounts the stories of at least two witnesses who saw Cunanan and Versace together. Both recollections have one thing in common: they happened in San Francisco in 1990 where Versace was visiting after designing the costumes for Capriccio.

In Vulgar Favors, Orth reported that Versace attended a gay club called Colossus several times during his San Francisco stay. At least one of those times, a choreographer named Val Caniparoli (who was helping to escort Versace) provided VIP passes to the club to Cunanan and his friend Eli Gould. According to Gould, Versace came up to Cunanan and they chatted a little, exchanging little more than pleasantries. Cunanan claimed to have met Versace once before in Italy, as he did on the show, but according to Orth, he had never been to Italy before.

Another friend, Doug Stubblefield, claimed that he saw Cunanan driving down Market Street in a chauffeured car with Versace and Harry de Wildt. "Andrew called out, and we had a conversation on the side of the street," Stubblefield said. "It was very Andrew to do that — have the car pull over." Despite what Stubblefield said, de Wildt denied the incident ever having taken place and also said he had never met Cunanan.

There seems to be at least some proof that Cunanan and Versace did run into each other at Colossus, but the lengthy conversation they had at the opera in Episode 1 is more suspect. In Vulgar Favors, yet another friend of Cunanan's named Steven Gomer recalled a time in 1990 when Cunanan told him that he had attended Capriccio with Versace. But Cunanan also claimed he had annual dinners with Debbie Harry and regularly invented stories about himself, so his word wasn't reliable.

The stories Cunanan told Versace during their opera meeting in "The Man Who Would Be Vogue" were common lies that he seemed to have repeated to numerous friends throughout his life, at least going by Orth's book. He did say that his father had a boyfriend and owned plantations or worked for the Marcos family flying planes. Cunanan used the name Andrew DeSilva and said he was writing a novel. But whether he also repeated those fictions to Gianni Versace is something only the two of them could ever know, and neither is alive to confirm or deny that.

In the episode, the Versace family released a statement saying that none of them, Gianni included, had ever known or had any contact with Cunanan. (It's unclear whether the family actually released that statement at the time. I was unable to find it in my research.) But if Versace and Cunanan had only ever met in passing once seven years before, the family probably wouldn't have had any knowledge of it. Whether or not Cunanan knew Versace is debatable, and ultimately cannot be confirmed.