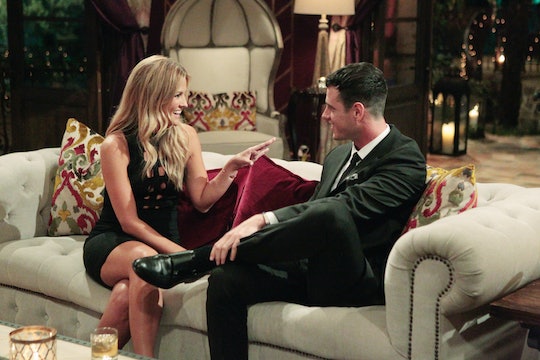 Did Becca & Ben Know Each Other Before 'The Bachelor'? Not Exactly

Excitement is mounting for another season of The Bachelor, and Ben Higgins will be the lucky fellow looking for love this time. Last season there was drama surrounding Kaitlyn Bristowe and Nick Viall getting to know each other before the show even started, and now fans across Bachelor Nation are wondering, did Becca and Ben know each other before this season of Bachelor started? It seems like they were closer to acquaintances than anything else.

An added twist this season is that two of the contestants have previously appeared on the show. Amber James and Becca Tilley both appeared in Season 19, starring Chris Soules. Repeat appearances are not unheard of on The Bachelor. Nick Viall had been on Andi Dorfman's season before later vying for Kaitlyn Bristowe's affections. Higgins himself is a returning star. Plus, Amber James, in addition to her participation in Season 19, also appeared on Bachelor in Paradise. Some may say she's something of a veteran. But will that pay off?

The extent of Tilley and Higgins' pre-show relationship can be boiled down to a few tweets and rumors. Tilley tweeted about her crush on Higgins when it was first released that he would be the season's bachelor. Tilley fans across the world encouraged her to "pull a Nick" and go back on the show.

And many have traced the rumors of their off-air contact to Reality Steve, who claimed that Higgins asked Tilley not to go on Season 20 of the show after she appeared on 19. Tilley and Higgins were allegedly in "brief contact" but nothing close to what went on between Bristowe and Viall, who had struck up a pre-season friendship over social media, according to Wetpaint. Reality Steve also claimed Higgins asked her not to appear on the show because he wanted all-new contestants. If that is true, who knows what drama lay ahead given two contestants are returning against Higgins' wishes.

Higgins told reporters that he was "shocked" and "really appreciative" that the two women wanted to join the show again to meet him, according to the International Business Times. He knows very little about them because he did not watch Season 19. “I wanted to go in with kind of a clear mind and not have a lot of preconceptions about who people were.”

This is all to say that Tilley and Higgins' relationship can hardly be called one as it stands. But give it time. Come the next episode of Season 20, who knows what will happen.