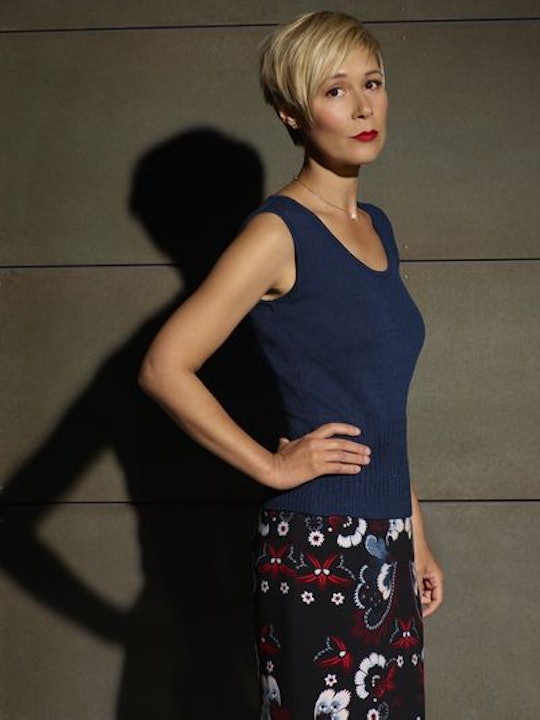 Bonnie Is Acting Suspicious On 'HTGAWM'

In "Not Everything's About Annalise," a new suspect emerged in Wes' murder, and it initially seemed like an unlikely one. Bonnie has been scrambling to make things right on How To Get Away With Murder, but she may be trying to cover up more than the Keating 5's misdeeds as she struggles to get Annalise out of jail. The episode ended with one of its trademark flash-forwards, which revealed that Wes learned some incriminating information that may have given Bonnie a motive to take him out. So did Bonnie kill Wes on How To Get Away With Murder?

After leaving the police station, Wes got into Frank's car – which was one of the pieces of evidence that got Frank arrested as a co-conspirator in his murder – and a terse conversation followed. Wes revealed that he knew Rebecca was dead, and hadn't just run away; what's more, he was convinced Frank had killed her. Frank owned up to killing Wes' biological father but played dumb when it came to Rebecca. He continued to offer up the lie that she had merely left town. Wes didn't buy it, though, and left the car, which was when Frank gave Bonnie a call and told her everything. Considering Bonnie is the one who actually killed Rebecca, knowing that Wes was after the truth may have given her the motive to kill him.

Before now, Bonnie didn't seem to have any particular issue with Wes, which put her relatively low on the suspect list. That could change with this new information, but the show still played vague on whether or not Bonnie could have had a role in the murder. When Frank told her about Wes' suspicions, he offered to take care of the situation in his usual Frank way (i.e., implied violence) but Bonnie told him not to. She just wanted him to keep an eye on Wes. Is it too big a jump to think she actually killed him after that?

While Bonnie has a reputation for being a doormat, she's also one of characters who is the most able to compartmentalize, particularly when it comes to past murders on the show. She killed Rebecca. When Asher ran a woman down (remember that?), Bonnie was the one to take action to cover it up. She's been known to make rash decisions to protect the people she loves and those rash decisions usually end up having major consequences. Based on Bonnie's past behavior, it's totally possible that she could have killed Wes.

There's only one thing that makes the theory implausible: how much Annalise loved Wes. Bonnie is way too devoted to Annalise to do something that would cause her so much pain. She would protect Annalise before she protected herself. Bonnie is capable of murder, but she might not have committed this particular crime.