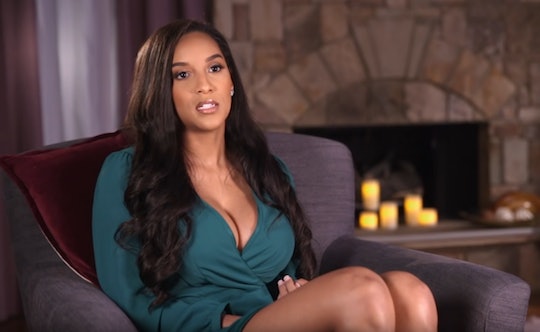 On the last episode of 90 Day Fiancé: Happily Ever After?, despite Chantel’s protests, Pedro went back to the Dominican Republic alone. His family has been pushing him to have fun without his wife, which is exactly what Chantel was afraid of. She’s mentioned that she wanted to go after Pedro, but did she ever go through with it? Did Chantel go to the Dominican Republic?

As of now, Chantel and Pedro haven’t posted anything on their social media pages that indicate Chantel went there, so there’s no way to know for sure. But I’m sure as the season progresses, fans will get to see exactly how things went down. In a sneak peek of the next episode, you can see Chantel on a video call with Pedro, telling him she wants to come meet him.

“I’ve been thinking about coming to the Dominican Republic,” she tells him, as he pushes back and tells her she doesn’t need to come. Pedro’s sister is then seen telling him that he shouldn’t expect her to talk to Chantel if she comes, and he tells her that it’s fine. “Chantel make everything worse,” he says at the end of the clip.

Pedro left the United States because of all the drama between him and Chantel’s family. But when he got to the Dominican Republic, he took his ring off and got a little too close to an old friend of his. “My sister bring some new friends, and she bring Coraima,” he says in the May 26 episode. “Coraima is my friend of the past, she had a little crush on me before. And she looking well tonight.” As the two start dancing, Coraima sits on Pedro’s lap and starts dance-grinding on top of him, and Pedro looks as happy as can be. “I’m thinking I messed up tonight,” he says afterwards. “But I had so great time.”

Nicole, Pedro’s sister, cheers on the fact that Chantel will be hurt by seeing Pedro like this. Chantel believes that Pedro’s sister is actively trying to break them up, which is why she wanted to go to the Dominican Republic in the first place. When talking to her parents in the last episode, Chantel tells them that she wants to go after Pedro because she wants to save their marriage, but they think she won’t be safe there.

“My parents don’t understand that I think the only way I can save my marriage is to go,” Chantel says in a confessional. “I know that Pedro’s family is going to try and say anything to get him to divorce me, and I can’t let that happen — My heart does want to see Pedro, but at the same time, if I go to the Dominican Republic, I don't know what kind of trouble I’m going to walk into.”

It’s still unclear if Chantel actually ended up going to the Dominican Republic or not, so fans will have to keep watching through the season to find out.