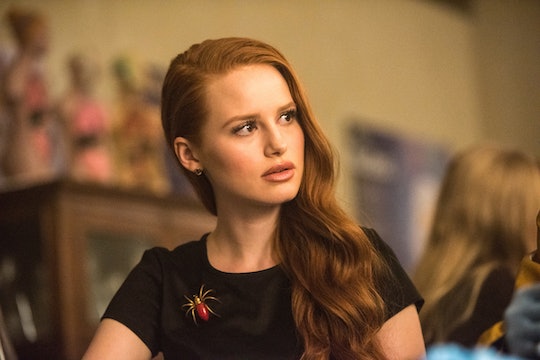 Cheryl May Not Be Trustworthy On 'Riverdale'

Whenever there's a murder involved on a TV show, you better believe that every single character will become a suspect at some point or another. Because what fun would it be if the answer was obvious right from the start? Riverdale knows this, which is why it's making sure no one in this town is completely innocent. But the more I think about it, the more convinced I am that Cheryl killed her brother Jason on Riverdale. Why, you may ask? For starters, there's the fact that her account of what happened isn't quite adding up.

During the premiere, Cheryl told the police that Jason went into the Sweetwater River to retrieve her glove, which she had dropped. But he fell in and apparently somehow drowned. However, Archie and Miss Grundy overheard a gunshot go off around the same time of Jason's "accidental" drowning. They were off sharing a romantic picnic together in the same vicinity. The only reason they didn't disclose this information to the police was because it would then put a spotlight on their less than appropriate student-teacher relationship.

And before you start thinking that they simply heard a car backfire which they then mistook for a gunshot, let me assure you that's not the case. By the end of the episode, Jason's body was finally discovered and there was a bullet hole in his forehead, proving that this wasn't an accidental drowning. It was murder.

So you can see why Cheryl skyrocketed to the top of my suspect list. Not only was she with her brother at the time of his death, but she's now lied about the circumstances surrounding what happened. Why would she say he had drowned if that wasn't the case at all? Odds are, she'd only do that if she had something to hide — like the fact that she murdered him herself.

As of now, it's unclear the kind of relationship Cheryl and Jason had (we only saw them together for a brief moment), but it's clear that they were pretty close. Could it be that Jason had betrayed her in some way, so she lashed out without really thinking? But if that's the case, why would she have had a gun on her in the first place? We're obviously missing some crucial information.

And even if you think that her guilt is too obvious, that doesn't mean she isn't still somehow involved. She definitely knows more than she's letting on, so until she explains why she lied to the police about the whole drowning thing, I'm going to continue to remain skeptical about her motives.