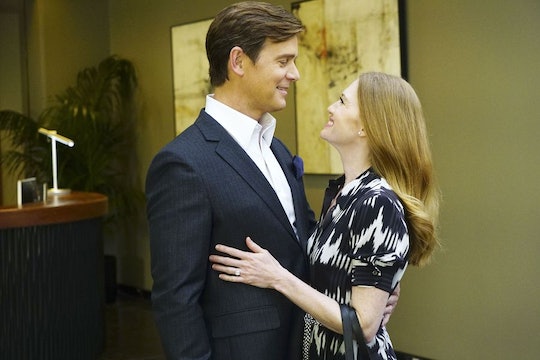 Did Christopher Really Kill Someone On 'The Catch'? It Seems Doubtful

On Thursday night's episode of The Catch, Agent Dao revealed to Alice that "Christopher" is not only a con-man but a murder. At least, allegedly. According to Dao, Christopher killed a woman by shooting her in the back when she left her flower shop. Supposedly, she was working with Dao at the time to catch Christopher and got caught in the crosshairs.

However, there's a few reasons to be skeptical of Dao's claims. For one, Dao already made it clear that the woman Christopher allegedly killed was someone Dao was close to, hence why he's chasing Christopher in the first place. This proves Dao has a clear conflict of interest and could easily be using this as his way to get Alice on his side and get her to trust him.

But more importantly, when it comes to Christopher, nothing in his character suggests he's a killer. He's obviously a liar and a thief, but a killer just doesn't seem like him. For starters, whenever Christopher takes on a new identity, he incorporates some type of tragedy and loss into his history. With Alice, his story was that he lost both his parents and brother, and it seemed too real to be fabricated.

Then there is his lack of killer instinct. When Qasim attacked Christopher in the bathroom during Thursday's episode, Christopher's first reaction was to defend himself, not kill Qasim. It was only because Margot shot Qasim that he's dead. If Margot hadn't shown up, it's possible Christopher would've found another way to handle the situation.

But the biggest aspect that makes me believe Christopher isn't a killer is how protective he is of his marks. Just look at how protective he still is of Alice. He warns her to leave the restaurant on the last episode just so Margot wouldn't see Alice and kill her out of jealousy. Christopher had no idea Alice was on drugs and in no condition to catch him, but he risked calling her anyway because he just wanted to keep her out of danger. Similarly, Christopher didn't have to expose the fact that Qasim was stealing money from Princess Zara but he did because he likes Princess Zara and wants the best for her. For Christopher, his marks become something more and I can't imagine that Christopher would've gotten close to this woman, Natalie, and then just killed her outright. At least, not without a reason.

What seems like a more plausible idea is both Agent Dao and Christopher had something to do with Natalie's death. But, in attempt to look like the good guy, Dao is pinning it all on Christopher. I mean, think about it — Dao didn't even tell the FBI that he had a personal connection to Christopher's case because he knew it was a conflict of interest. For Dao this is very personal and he'll do and say anything to catch Christopher, even lie.

We'll probably have to wait until the finale of The Catch to get all the answers but as of now I trust Christopher more than I trust Agent Dao.