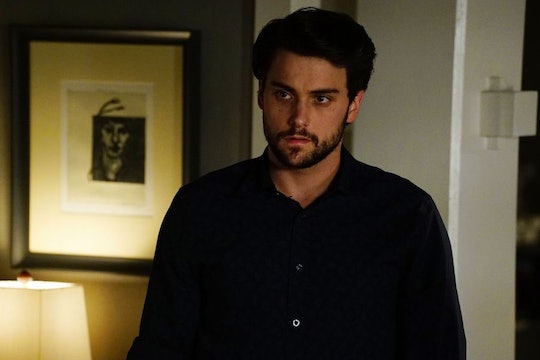 Connor May Have Some Explaining To Do On 'HTGAWM'

On every season of How to Get Away with Murder, there's at least one murder that occurs, which makes sense given that's what this show is all about. However, the murder of Wes Gibbons has left fans more distraught than any of the other killings that came before his. Now fans are desperate to know who killed Wes so they can direct their anger at someone specific. There are a lot of suspects on the table, but many fans are starting to wonder if Connor killed Wes on How to Get Away with Murder. He's definitely been acting a little suspicious lately.

When it was revealed that Wes was dead, Connor didn't have an immediate reaction like everyone else. His face stayed pretty serious and he didn't shed a single tear. Similarly, Connor then started acting out, accusing Annalise of actually having killed Wes. It was a typical guilty person move, pointing the finger at someone else to take the heat off himself. He then started saying all these terrible things about Wes and begged Oliver to just turn them all in for Sam's murder so the whole mess could finally be over. This was especially strange because in a previous episode Connor had threatened Wes when he wanted to confess to his crimes, putting the other Keating Five in danger. Why would Connor change his tune now?

Maybe it's because he is guilty of Wes' murder and wants to be punished because he feels bad about what he did. There's only one question though — if Connor killed Wes, then what was his motive? If he killed Wes so that he couldn't tell the police about all of their prior crimes, then it doesn't make sense that he then told Oliver to turn them in. Plus, wasn't Connor with Thomas during that time?

Unfortunately, with the way the show is set up, it's hard to know the actual timeline of events. Wes could've been killed at any time that night, if what the medical examiner first told Nate was true. However, if the examiner's new conclusion, that Wes was actually killed in the fire, is true (though I doubt it is), it would stand to reason that Connor was too busy with Thomas to have done it.

At this point it looks like fans are just going to have to wait and see who Wes' true killer is. For now, though, you can keep watching How to Get Away With Murder, which airs on Thursdays at 10 p.m. ET on ABC.