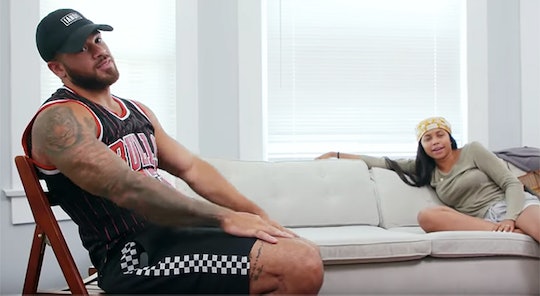 Cory and Cheyenne on Teen Mom OG are the quintessential will-they-or-won't-they relationship. Case in point: After months of mutual flirtation, there was a reason to believe Corey and Cheyenne would finally get back together for real this time. But did this long-awaited reunion actually happen? It's fair to say this relationship is complicated.

Out of the entire TMOG cast, Cory and Cheyenne might have the most unique dynamic. For starters, the two met on another MTV reality show called The Challenge: Rivals III, a reality competition show featuring feuding participants from other MTV series.

Cheyenne previously starred on Are You The One?, a show about single people who are secretly paired with one another via a matchmaking algorithm. The participants are then placed in a house together, with the goal of finding their so-called match.

Cory was on Real World: Ex-Plosion, which follows a group of people who are forced to live with their exes. Drama, drama, drama.

As I said, these two come from unique backgrounds.

Making matters even more interesting? Cheyenne refused to admit if she and Cory hooked up while filming The Challenge. But just months after Cheyenne played coy about their relationship status, she welcomed her daughter, Ryder, into the world in April 2017. Cheyenne told Cory about Ryder's true paternity in October 2017, and he shared the news with fans in December 2017.

Despite the special circumstances surrounding Ryder's birth, the two have always maintained a close and supportive relationship.

“We’re best friends," Cheyenne told Us Weekly. "We work together with everything and put everything into Ryder."

As a longtime viewer of TMOG, I'm genuinely impressed by Cheyenne and Cory's co-parenting relationship. They come together to support Ryder through her health issues, they spend time with one another's families, and they put their co-parenting bond before their personal relationships. It's pretty cool.

That being said, there's always an air of flirtation in their relationship that makes me wonder if this situation is on solid ground. Unrequited love can be a little dicey, right?

Not only did Cory claim that Cheyenne was still in love with him, but he also teased that he hasn't closed the door on their relationship. He explained, according to Reality Blurb:

Speaking of Zach, he split with Cheyenne in a recent episode of TMOG, leading fans to wonder if Cory would jump back into the picture. The co-parents discussed this possibility in a clip for an upcoming episode of TMOG, with Cory stating about Cheyenne, according to MTV: "She's in love with me and I still don't know."

Although the two didn't come to a conclusion on their romance (this bugs me because the chemistry between them is popping and they're great co-parents), they did come to terms with their deep bond.

When Cory asked Cheyenne how she felt about breaking up with Zach, she explained, according to MTV: "I know what I'm giving up and I know what I'm gaining ... and I'm OK."

Maybe I'm totally off on this, but I have a feeling Cory and Cheyenne will get back together one day. But for now, it's obvious the two are just friends and co-parents.