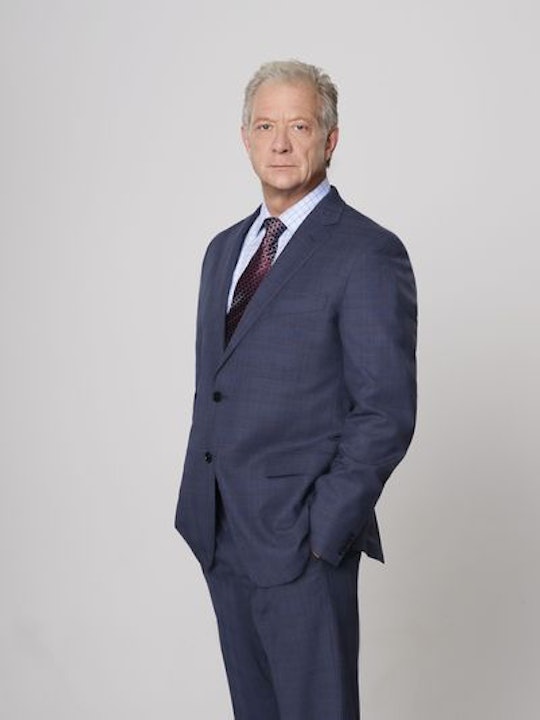 Scandal is finally back and naturally the new season has begun with murder. After a very close election that hit way too close to home for some viewers, Mellie lost the election to Frankie Vargas. However, his time as president-elect was very short lived. Just as he was about to give his acceptance speech, he was shot multiple times and ultimately died from a blow to the head. Though it seemed the killer was a lone gunman, Olivia believed she found proof that Cyrus was behind the murder. So did Cyrus really kill Frankie Vargas on Scandal? He definitely seems guilty.

Right after the shooting, Olivia paid her father a visit, accusing him of having Frankie murdered. Her father thoroughly denied it and instead planted the idea in her head that it was Cyrus who killed Frankie so he could become president himself. Though she didn't have any proof yet, she went to Fitz to try to convince him Cyrus was behind the shooting. Of course, Fitz couldn't just trust Olivia's gut, especially since it was basically up to him who would become the next president. Instead he gave Olivia until the next morning to find some concrete proof that Cyrus was guilty.

Pope & Associates went to work on figuring out the truth, but ultimately turned up empty handed. However, Olivia didn't want to accept defeat and headed to the hospital to confront Cyrus herself — except when she got there she found him in a state of shock that convinced her he didn't do it after all. Realizing her mistake, she apologized to Fitz, who then decided he'd put Cyrus forward as the next president instead of Mellie. Unfortunately, as soon as Fitz made this decision, Huck discovered there was a deleted voicemail from the FBI tip line.

When he and Quinn went to investigate the lead, they were almost blown to bits when a cabin they discovered in the woods was blown up, killing one of Frankie's campaign staffers, Jennifer Fields (aka the person who called the tip line). Thanks to Charlie, the team was able to listen to the voicemail she'd left on the tip line stating that Cyrus killed Frankie, which gave Olivia the proof she needed, only it was too late. Cyrus is now the new president-elect, but that won't stop Olivia from coming after him.

It seems pretty clear Cyrus is guilty. He somehow must've found out Jennifer had ratted him out, then had someone delete the voicemail and blow her to bits to get rid of all the evidence. Except, doesn't this seem a bit too easy for Scandal? This is the show that always has a twist behind the twist. Isn't it possible that someone hired Jennifer to make it look like Cyrus committed the murder and blew her to bits so she wouldn't be a liability in the future? It was Liv's dad who put the idea in her head that Cyrus was guilty in the first place. This wouldn't be the first time he pinned a murder on someone else.

Unfortunately, it'll probably take us the whole season before we finally get to the bottom of all this. Still, I'm so glad Scandal's finally back and is still just as crazy as ever.