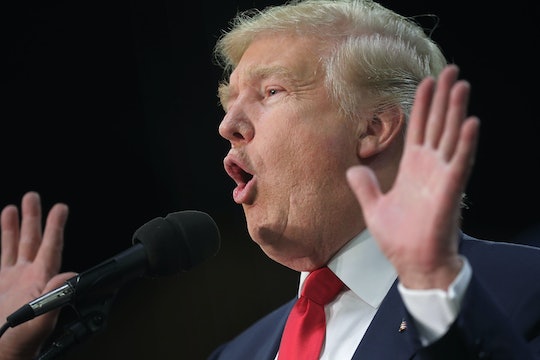 Did Donald Trump Destroy Emails Of His Own? A Damning New Report Claims He Did

In what managed to be both completely shocking and totally unsurprising news, Newsweek published a damning report on Monday claiming that Donald Trump destroyed emails of his own, allegedly in violation of court orders and in direct contradiction to his claims that rival Hillary Clinton is unfit for the presidency because of her own email gaffe. The report by Kurt Eichenwald shines a harsh light on Trump's gleeful condemnation of Hillary Clinton's email mishandling, given that he reportedly did something very similar, but potentially in even more intentional ways. And, allegedly, emails weren't the only things Trump's companies destroyed.

After reviewing thousands of pages of various court documents from lawsuits in which Trump found himself entangled over the years, Eichenwald reports that,

Over the course of decades, Donald Trump’s companies have systematically destroyed or hidden thousands of emails, digital records and paper documents demanded in official proceedings, often in defiance of court orders.

Reportedly, Trump and his companies used multiple tactics to delay having to turn over the court-required documents, allegedly giving them more time to hide or destroy the records, and driving up legal fees for his opponents as they waited. And this behavior reportedly goes all the way back to 1973, when the government charged Trump and his father with allegedly refusing to rent to black tenants. Allegedly, Trump slowed down the government's case with false claims of government wrongdoing, while refusing to hand over records. Eichenwald writes that when Trump was finally subpoenaed months later, he revealed that "the Trumps had [allegedly] been destroying their corporate records for the previous six months and had no document-retention program."

The Newsweek report details multiple other alleged instances of Trump and his companies engaging in such behavior, including lying about the existence of a Trump company's email server for a court case in 2005. Then, "beginning around 2003, the company wiped clear the data from everyone's computers every year."

And yet this is the man who claims that his opponent should be in jail for her own behavior with an email server.

So... where's the outrage? The vague news that FBI director James Comey found some emails that may or may not be related to Hillary Clinton's FBI case (which, remember, ended with a recommendation that she not be charged with any wrongdoing), even though it seems that they're most likely duplicates not even sent from her own server, threatens to damage Clinton's lead. Headlines about her emails dominate every major news outlet.

This revelation about Trump calls into question one of his major campaign talking points — that he is a "better" candidate than his opponent because of her email scandal. And yet, at Mic points out, hardly anyone is talking about it.

It's time to make this a part of the conversation.