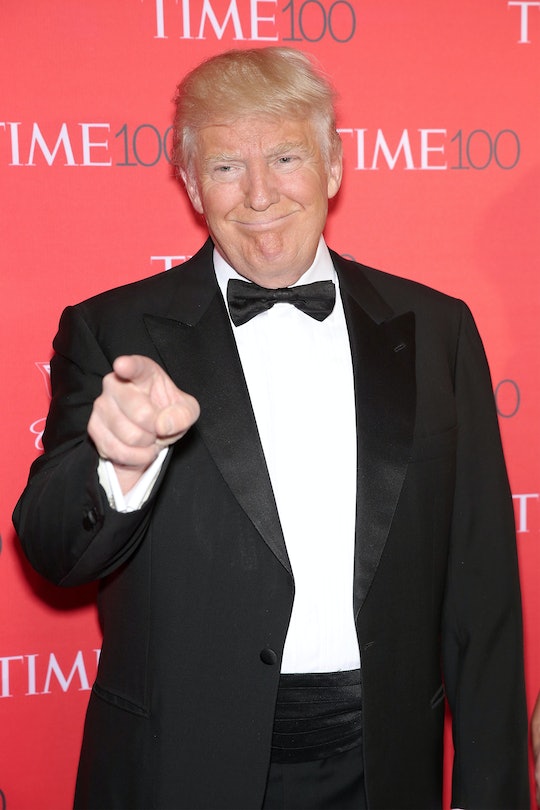 Did Donald Trump Really Just Win The GOP Nomination? He Certainly Thinks So

On Tuesday, Donald Trump cruised to overwhelming victory in every single Republican primary of the night. Immediately, the real estate mogul/Home Alone 2 actor declared himself the "presumptive nominee" for president. But did Trump really just win the GOP nomination, or is this another case of him making grand statements with no verifiable basis in fact? Although Trump could still fail to amass the delegates needed to automatically receive the nomination, Tuesday's results make him much harder to beat.

Trump's remaining opponents in the Republican contest, Ohio Gov. John Kasich and Texas Sen. Ted Cruz, had earlier announced a strategy to work together to topple the frontrunner, but their plan seemingly backfired. Trump performed even better than anticipated on Tuesday. He won primary contests in Pennsylvania, Delaware, Maryland, Rhode Island, and Connecticut by margins wide enough that Nate Silver at FiveThirtyEight predicted he could sweep every delegate of the night, except in Rhode Island.

But to win the nomination outright, without a potentially nasty fight on the floor of the Republican National Convention, Trump needs 1,237 delegates, and it's entirely possible he may not get them. The New York Times has him at 950 now, with 502 delegates remaining. He's still vulnerable, and who knows what will happen if there's a contested convention?

But Trump didn't seem to be bothered by the math at his victory rally in Trump Tower in New York. "It's over. As far as I'm concerned, it's over," he said to his supporters, before calling for Cruz and Kasich to quit the race, urging Bernie Sanders to run as an Independent if Hillary Clinton wins the Democratic nomination, and proving that he knows multiple variations of the word "unity":

I'm a unifier. I unify people. That's how I did it in business. ... We will have people that are backing this party and backing my candidacy that you wouldn't believe. We're going to have such unity.

Those not feeling the whole unity thing are focusing their energies on Indiana, the next state to head to the polls, with 57 delegates in play. In advance Indiana polling, Cruz only trails Trump by a few percentage points, and he's hoping to make up the difference in the coming week. If Cruz can't beat Trump there, though, Trump may be right about the contest being over. California will be the largest remaining prize, with 172 delegates, and Trump appears to have that one in the bag.

So, if you haven't already, start preparing yourself now for a probable Trump nomination, whether that means cheering, crying, or researching how to move to Canada.