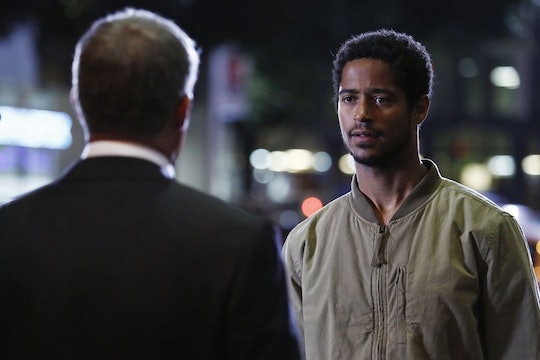 Did Frank Kill Wes' Dad On 'How to Get Away With Murder'? He Might Not Be Guilty

The season finale of How to Get Away Murder was filled with so many twists and turns that people are still talking about it. There's so many questions that still need to be answered and it's going to be painful waiting for months to get the answers. Possibly the biggest question of the finale is who killed Wes' father on How to Get Away with Murder?

After begging for answers from Annalise for most of the second half of the season, Annalise finally told Wes the truth. His real father is Wallace Mahoney, the man Wes' mother worked for and who's case she was supposed to testify in. Despite the fact that Mahoney raped his mother, Wes still wants to talk to Mahoney and finds him outside of his office in New York.

Just as Wes was about to explain their familial connection, someone shot and killed Mahoney. Many people believe it was Frank who took the kill shot since Laurel couldn't find him and his apartment was completely cleaned out. However, what reason would Frank have to kill Mahoney now? Frank always knew what Mahoney did to Annalise but Frank never did anything about it. It seems strange that Frank would pack up all his things to presumably leave and never come back, and then kill Mahoney on his way out of town.

The more likely suspect is Charles Mahoney, Wallace's son that was on trial in Annalise's flashbacks. Although we haven't seen him in the present, yet, it was never really made clear if he ended up going to prison. Charles could very well be out and about living his life. But why would he want to kill his father?

There's a multitude of possible reasons but what it comes done to is we still don't have all the details about the Mahoney case. Did Charles really kill his fiancé or is it possible his father did it and tried to pin it on Charles? That would be enough cause for murder. Or maybe Charles did kill his fiancé and he's just a killer that likes killing people. Another scenario is Charles also discovers his father raped Rose and has a secret son and Charles doesn't like that so he committed patricide.