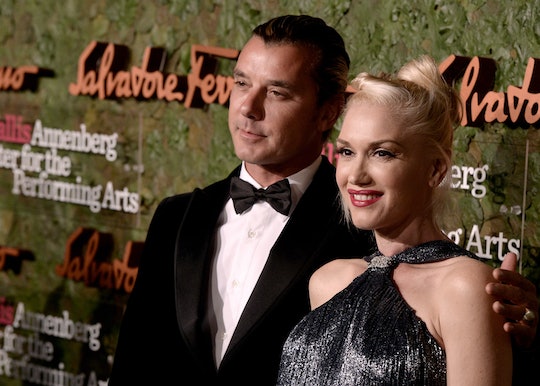 Did Gavin Rossdale Cheat On Gwen Stefani? What's Wrong With Asking And Answering That Question

If a recent report by Us Weekly is true, it would seem Gavin Rossdale cheated on Gwen Stefani for three years with the family’s nanny. What’s more, according to the article, this affair was the ultimate cause of their divorce. While I would not be surprised if this were true, it should also be noted that the alleged cheating — and the role it played in their divorce — has not been confirmed. (Romper reached out to Stefani's and Rossdale's reps for comment Wednesday but did not immediately hear back.)

Stefani and Rossdale filed for divorce in August, citing “irreconcilable differences” as the reason they were ending their 13 year marriage. While details were few and far between, Stefani has referred to her divorce as a tragedy, stating in an interview with 103.7 KVIL that “loads of people that have helped me with this tragedy.”

Us Weekly goes on to say that Stefani learned about the alleged affair when she found explicit texts and photos of the nanny on the family iPad. They also report Stefani was “completely devastated” when she learned of the deception. (No sh*t!)

Because celebrity or not, it feels icky to follow someone's life in this manner. It feels intrusive, even exploitative. This isn't a movie or a show, this is their life — the life of a woman, a mother, a man, a father, and their children. The life of human-freakin-beings. Some may argue it is par for the course — they are celebrities, right? — but it doesn't have to be.

That's in addition to the fact that the number of times we have had to watch a woman publicly weather her partner's infidelity is just depressing. Why is it hardly ever the other way around? Author and critic Roxanne Gay captured that sentiment perfectly when she Tweeted Wednesday:

Not that Stefani has portrayed herself as a victim. She allegedly has a new significant other in Blake Shelton, but it sounds like she was doing pretty well before that. All of which confirms what my total adolescent devotion to No Doubt first taught me: she is one tough cookie and will be just fine.

So let’s all take a breath, OK? People break up all the time. Does it really matter why?