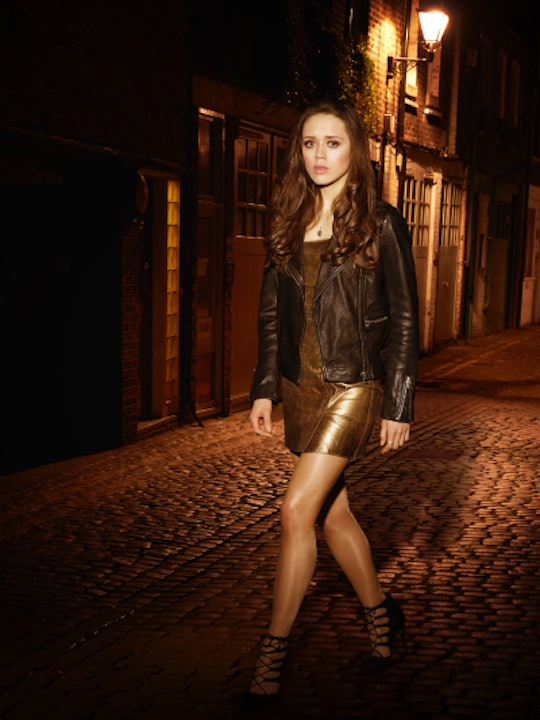 Did Grace Kill Molly On 'Guilt'? She's A Likely Suspect

While Freeform's Guilt promises untold twists to come, as of right now it's also leaning hard into the ambiguity of its protagonist, Grace Atwood. In the world of the show, Grace is the prime suspect for her friend Molly's murder and it's with good reason: timing, motive, and just plain questionable behavior are all lining up to make Grace look guiltier than guilty. But is it too obvious to make Grace the culprit? Is it so obvious that it loops back around to unexpected? Did Grace kill Molly on Guilt?

Grace has been ferociously proclaiming her innocence, but that doesn't necessarily mean she's not responsible for Molly's death. The audience doesn't yet know the whole story, but what facts there are are pretty damning. There's Molly's involvement with Grace's stepfather for one; it was something Grace didn't take lightly at the time despite how calm she seems about it in the present. Grace has also been criticized by the press for laughing at Molly's memorial and for her party girl past; she certainly seems suspicious, but she also has an alibi. The night Molly was killed, Grace was out having sexy rooftop shenanigans with her boyfriend Luc. It looks like Grace might be innocent, just the victim of the press.

In Episode 3, "Exit Wounds," Grace made a pretty fair case for her innocence. She may have made plenty of mistakes but that doesn't mean she's capable of murder. Her openness and honesty (presumed honesty, anyway) is finally winning the public to her side, but Grace's obsession with public perception of her doesn't quite come off totally normal. It's understandable that the intense scrutiny would upset her, but something about her reading supportive tweets while settled into a bubble bath seemed just a little off.

There's also the fact that Molly's blood was found on Grace's foot, and the fact that her boyfriend Luc might have been involved with Molly in a more-than-friendly capacity. On top of that, Grace tried to snag a piece of potential evidence from Molly's storage unit. Grace also once jealously slashed the tires of a professor she was sleeping with when she found out he was married, so fits of rage aren't out of the ordinary for her. Molly could have been a victim of Grace's jealousy after all.

There's more going on than meets the eye with Grace's story. She might not be solely responsible for what happened to Molly, but it looks like she may have had a hand in it in some way.