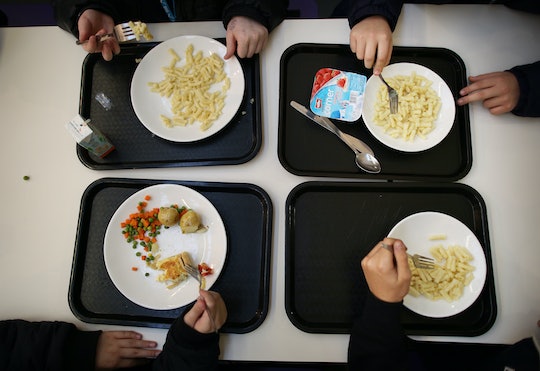 Education is vital — everyone knows this. Therefore it is important for people to educate themselves on H.R. 610 — a bill which threatens funding to public schools and equal opportunity in education. If you haven't heard about it, you should — so many people have been talking and sharing on social media the dangers of this bill. But with all of this talk, it must have some people wondering — did H.R. 610 pass?

H.R. 610 is a loaded piece of legislation, to say the least. According to Pro Publica, the bill aims to accomplish two things: it would distribute funds for elementary and secondary education in the form of vouchers to eligible students (pushing for school choice) and would repeal certain nutrition standards for school lunches nationwide. If passed, the bill will eliminate the Elementary and Secondary Education Act of 1965 which provides children the equal opportunity in education. This bill would also, according to the Washington Post, "only allow the Education Department to award block grants to qualified states." If passed, the bill would severely limit the Department of Education's authority in addition to limiting funding for public schools if vouchers are given to students to put towards public, private schooling, or homeschooling, according to The San Diego Union-Tribune. The bill would have a massive effect on students — from kids with disabilities to lunches in public schools — and is likely to result in confusion and chaos if it is passed.

But luckily, parents and educators don't have to start worrying about these potential changes just yet because the bill is still in its very early stages. Thank goodness.

The bill, which was introduced to House by Iowa Rep. Steve King, in late January, is luckily still in its early stages, according to Congress' official website. The bill was last referred to the House Committee on Education and the Workforce on Jan. 23 — and there have not been any more updates on the bill's status since then.

Luckily, H.R. 610 will have to take quite a few steps before becoming a law — which is a lengthy and timely process. The bill will first have to be passed by House, then Senate, before President Donald Trump officially makes it a law. But there is something that everyone can do from the comfort of their own homes to make sure that this bill is not passed — by calling their representatives and telling them just how H.R. 610 will effect them.

For parents, students, and educators everywhere there is still some time to contact their representatives and let them know how detrimental H.R. 610 is to students and the public education system before the bill is voted on by Congress.