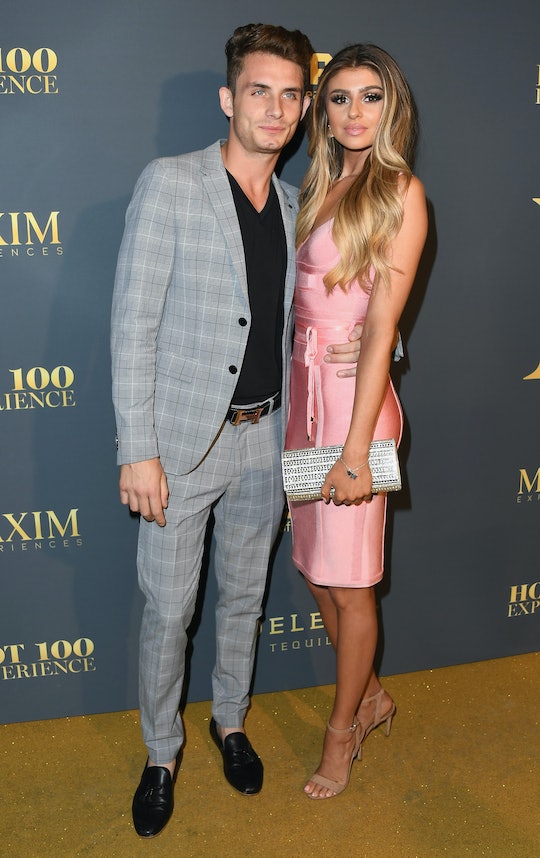 James Was Accused Of Cheating On Raquel On 'Vanderpump Rules'

No relationship is entirely drama free, and that goes double when you've showcased every moment of your courtship on reality television. James Kennedy and Raquel Leviss have been together for several seasons of Vanderpump Rules, but they've still been plagued by accusations of infidelity. Is there any truth to the gossip? Did James cheat on Raquel on Vanderpump Rules?

It depends on whose side of the story you believe. James has denied cheating on Raquel, and she's supported him. They haven't broken up, either; in fact, they recently moved in together. But it seems several of their Vanderpump Rules cast members believe James hasn't been entirely faithful. Kristen Doute brought it up at the Season 6 reunion and she's sticking to that story, telling Us Weekly, "Do I think James has been faithful to Raquel? No." When asked what advice she would give to Raquel, Kristen only said, "Run! Really hard and really fast."

In "Hope and Pride," Kristen and her friend Hope tried to talk to Raquel about James' alleged infidelity. Hope said that she had hooked up with him multiple times over the last few years, which led Raquel to confront him. James denied it, but a few of his co-stars didn't think he was telling the truth. They might not believe him, but it seems like Raquel does.

James declared that "every accusation [Hope] said is not real." He claimed that everyone was lying, and he had never slept with anyone else while he was with Raquel. Even though he and Raquel ended up having a fight, she ultimately decided that she wanted to stay with James.

He had addressed the rumors previously in March 2017, telling Bravo that he understood where they were coming from because the show is so drama-filled. But he insisted that the issues sprang from outside the relationship, not within it. He blamed the problem on the other women on the show trying to "ruin [his] relationship."

James and Raquel were supposedly fine despite that. "But we've stuck through everything and we love each other," he said. "But that's what makes relationships stronger is going through hard times and good times." Social media indicates that the two of them are still together, with no sign of splitting up any time soon. This isn't the first time cheating rumors have arisen, but it seems James has continued to deny that he was ever unfaithful.

Obviously, only James and Raquel know what's really going on in their relationship. They're saying one thing about the situation while their co-stars are saying another, which makes it hard for viewers to know what the truth is. But so far, none of the accusations have been confirmed by James himself; he's only relied on the old Regina George standby that everyone is so obsessed with him that they want to bring him down.

It's tempting to believe the cast of Vanderpump Rules knows something the audience doesn't, but James hasn't admitted to any wrongdoing even though it has come up more than once. Regardless of whether or not James did do what Kristen is claiming he did, Raquel has opted to stay with him.