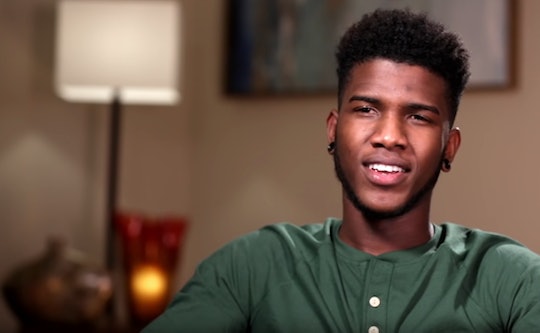 Ashley Wants Jay To Go Back To Jamaica On ‘90 Day Fiance: Happily Ever After?'

From the very beginning, Ashley and Jay’s relationship on 90 Day Fiancé: Happily Ever After? has been clouded with suspicion and doubt. After Ashley found out that Jay had an online dating profile, she’s hasn’t really been able to trust him fully. Ashley’s been on the fence about adjusting his immigration status, which has viewers wondering, did Jay move back to Jamaica after 90 Day Fiancé: Happily Ever After?

As reported by E! News, since the taping of the show, Ashley and Jay have split up, but it isn’t clear if Jay went back to Jamaica or not. On his Instagram page, Jay hasn’t been clear on where he is now, but from the pictures, it looks like he still might be in the United States. However, those could easily be old photos, so there’s no way to be 100 percent sure.

In Episode 8 of 90 Day Fiancé: Happily Ever After?, Jay’s older sister, Poochie flies in from Jamaica with her baby to visit the couple. Unlike Jay and Ashley, Poochie seems to be the calm voice of reason, and all she wants to do is see the two work out their differences. At first Poochie believes that Jay only talked to a girl on Tinder, but when going out for drinks with Ashley later, she finds out what really happened.

While Jay is at home figuring out how to untangle Christmas lights, Ashley and Poochie go out for some girl time. Ashley tells her that Jay has been talking to a high school girl on Tinder, and that their relationship went beyond just texting. Poochie is shocked upon hearing this, and she says that Jay is acting the same way he did when he was back in Jamaica. Ashley then tells Poochie that this infidelity is the reason she hasn’t filed for Jay’s immigration status adjustment.

But things start going downhill fast in Episode 9. Ashley heads to the barbershop where Jay hangs out and presses his friends about his infidelity. The barbershop owner, Kendell, tells Ashley that Jay actually took a girl into the bathroom while working there. “I was allowing him to do a couple of tattoos and he disrespected my barbershop,” he tells her. “He took somebody in the bathroom while he’s supposed to be tattooing and his customers in here lost”.

Ashley is understandably upset, and she immediately calls Jay. When she tells him that she knows about the incident at the barbershop, he admits that he cheated, and tells her how it went down. “I’m not gonna deny it or nothing like that,” he tells Ashley. “Everything that you heard, happened. It was this one girl that came to the shop. And I was doing a tattoo on her and she said she wanted to **** my ****”. And I’m sorry, it just happened”

Ashley tells Jay that their relationship is officially over and that he should come get his clothes (which she’s going to leave on the front porch), because after that, she never wants to see him again. Ashley tells the producers that she never filed Jay’s immigration paperwork, so if he shows up, and she calls the cops on him, they would likely have him deported. “I don’t even want him in this country,” she says. “He’s here illegally, he needs to go back to Jamaica.”

Viewers will just have to watch through the rest of the season to see exactly how things went down, and whether or not Jay was forced to go back to Jamaica.