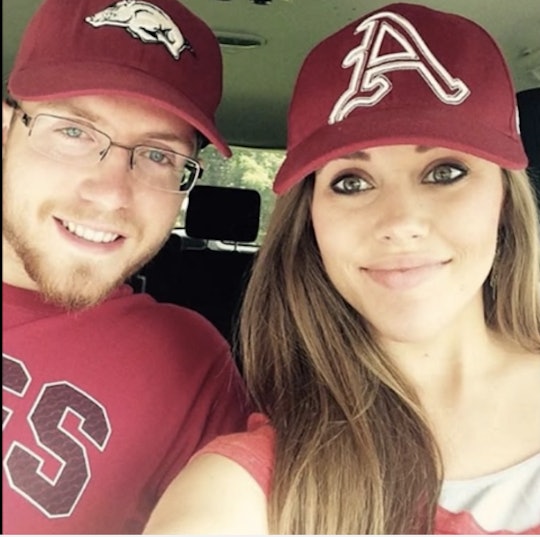 Did Jessa Duggar Vote For Trump?

Jessa Duggar Seewald, the fifth child of Jim Bob and Michelle (Ruark) Duggar and one of their famed 19 kids, recently welcomed her second child, Henry Wilberforce Seewald with husband Ben Seewald. They also share older son, Spurgeon, born in 2015. Though the Duggar family has been known to support more conservative politicians in the past, there is some question over who each member of the big family supported in the recent presidential election. In particular, some fans are wondering — did Jessa Duggar vote for Trump? The answer to that is a little unclear, and Romper's request for comment was not immediately returned.

The Duggar family follows a very conservative ideology, so it's not surprising that they've endorsed conservative and Republican politicians in the past. But this election campaign season, not all of the 19 kids, or the spouses of the ones who are married, made their opinions known in regards to politics. In particular, Derick Dillard, the husband of Duggar daughter Jill, went public about his support for Donald Trump. But others, like Jessa's husband Ben Seewald, were not so supportive of the Republican nominee. At one point, Seewald seemed to specifically criticize Trump's campaign slogan, but he's also retweeted statements that don't seem supportive of Hillary Clinton either. But what of Jessa, one of the the Duggar children who seems to use social media and have a handle on publicity the most?

It's a little unclear whether Jessa Duggar Seewald voted for Trump, or Clinton, or if she even voted at all. While she has generally supported her husband in statements he's made to social media, and in pursuing various interests like his recent fascination with Christian rap, the Counting On star was fairly mum about politics this past campaign season.

Jessa didn't seem to post anything in particular about the election on her Instagram, and in the past, the Duggars have used social media to show support for candidates or campaigns. Her sister, Jill, on the other hand, did post something the day of the election, but it was a more generic, "go vote!" message more than anything else.

Along with an image and quote from Dr. Martin Luther King Jr., Jill captioned the post, "Don't let others vote for you! #getoutandvote"

Her husband Derick, on the other hand, specifically confirmed that he was voting for Trump and Pence, because he believed, "voting for Trump doesn't = condoning his lifestyle. It just means agreeing with more of his policies than Clinton's." So it's not as if all of the Duggars stayed quiet about the election. It just appears that Jessa chose not to share who she was endorsing or voting for or why.

If Jessa one day chooses to reveal who she voted for in the presidential election, that's fine. But it's also fine if she never tells anyone who she picked in the voting booth, if she voted at all.