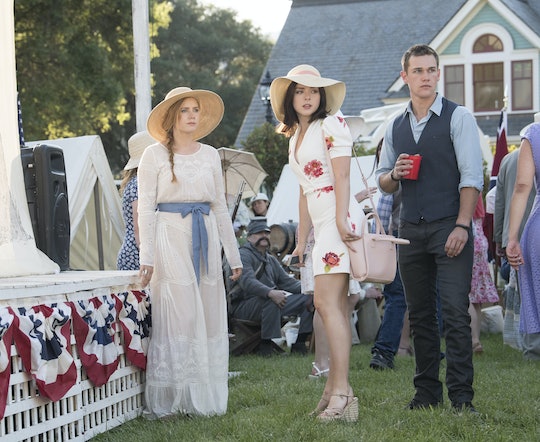 Five episodes into Sharp Objects, the identity of the murderer isn't any clearer than it was in the premiere episode. Two girls have been killed for inexplicable reasons and while there are suspects, there's no concrete proof. Two family members of the girls have earned the suspicion of the town: Ann Nash's father Bob and Natalie Keene's brother John. The latter is a particular target in Wind Gap, but did John Keene kill the girls on Sharp Objects?

With very limited evidence, it's as plausible as any other theory. John is heartbroken over his sister's death, but that's the very reason Wind Gap doesn't trust him. He's an outsider who didn't grow up there and he seems too sensitive for the strict set of behaviors that the townspeople expect from men. He doesn't fit the expected stereotypes, which makes him dangerous in their eyes. His motive, as presented by the cops on the show, was that he had an unusual attachment to Natalie that resulted in him killing her friend as a proxy for her until he gave into his desires and killed Natalie, too.

It's possible, sure, but it feeds too much into the toxicity of Wind Gap to be true. They would love for the killer to be an outsider so that they wouldn't have to address their own latent darkness. John Keene is too neat an answer to solve the puzzle.

Camille seems to think that, too. While sharing a drink with John at the local bar and commiserating over the fact that they both lost their sisters, she told him that she believed he didn't do it. Despite that, her next article openly pointed to John and Bob Nash as suspects, ramping up the tension with the locals who were already doubtful of both men. Perhaps Camille was just doing her duty as a reporter by presenting all the options, but she doesn't seem to mind pointing the finger at John even if she personally thinks he's innocent. That leaves the possibility open that he is the killer after all.

There was also one key scene that could have hinted at John's guilt. After a sexual encounter between John and his girlfriend Ashley ended abruptly, Ashley glanced under John's bed and gasped at what she saw. It seemed there was a blood stain (or something Ashley interpreted as a blood stain) on the carpet, because she cleaned it with bleach and then scrubbed her arms. Ashley is probably the character closest to John at the moment and she seems to believe he's capable of murder. She's also willing to cover for him if he did commit a heinous crime.

Sharp Objects hasn't completely dismissed John as a suspect, though the case against him isn't particularly compelling. When it comes to John Keene and Bob Nash, it seems like their assumed reasons for killing those girls don't come with a lot of evidence. There's no indication that either man had an an inappropriate relationship with Ann or Natalie that evolved into outright violence, even if that's the speculation in Wind Gap. And if Bob was fixated on Ann, why kill Natalie? If John was obsessed with Natalie, why kill Ann? The pulled-out teeth prove the same person killed both girls, so it can't be a case with multiple killers. One person did this, but it's hard to believe it's John or Bob.

There are many potential solutions when to comes to figuring out who the killer is. Those who read the Gillian Flynn novel that inspired the show have their answer about the perpetrator, but so far the show is remaining mysterious on the topic.